I'd like to test the health of my Exchange 2010 servers. What are my options?

You have a couple options. Exchange 2010 provides a number of Exchange Management Shell (EMS) cmdlets that you can use to test Exchange 2010 server health. Your other option is via the Microsoft Exchange Best Practices Analyzer. Let's examine both. 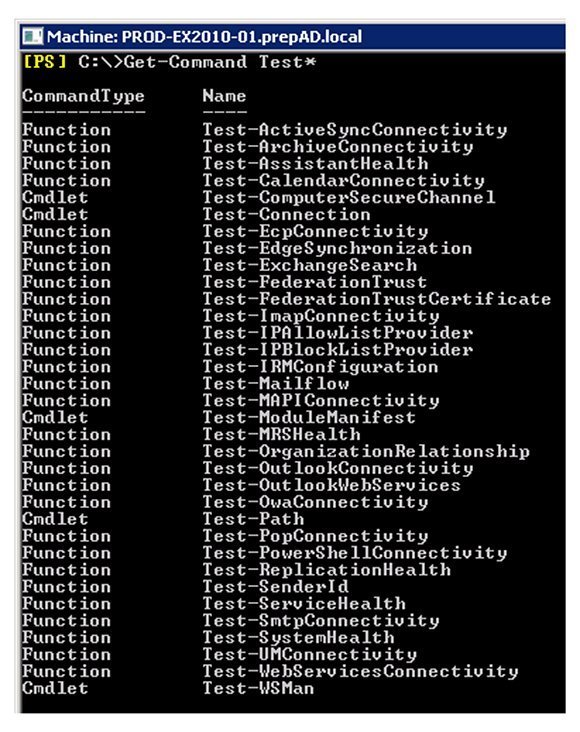 Figure 1.Commands at your disposal test various aspects of Exchange.

To begin, open an EMS window on one of your Exchange 2010 servers and type the following command:

When you do, you'll get an output similar to the one in Figure 1.

As you can see, a number of different commands allow you to test the health of various aspects of your Exchange 2010 infrastructure. There are too many to cover all of them in detail here, but let's look at a quick example.

Let's assume that you want to test MAPI connectivity to your Exchange 2010 mailbox databases. To do so, use the Test-MAPIConnectivity cmdlet. It will produce an output similar to the one in Figure 2.

You also have the option to modify the cmdlet to generate a report based on specific conditions. Look back at Figure 2 and you'll see that connectivity on one of the servers failed. We can modify a script if the command returns anything other than "Success."

ExBPA has been retired in Exchange 2013.

You can also use the Microsoft Exchange Best Practices Analyzer (ExBPA) to perform a number of tests (including gauging health) against your Exchange 2010 configuration. 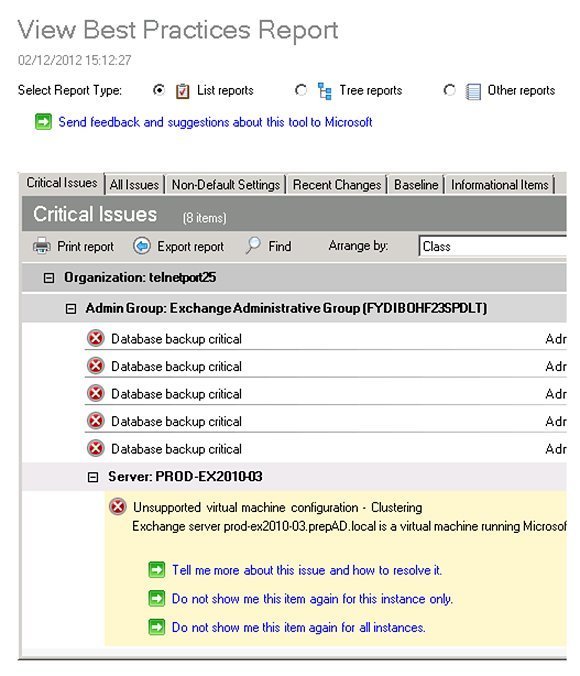 To check Exchange 2010 server health, simply run the ExBPA. In Figure 3 you can see some example output from when I ran the tool in an Exchange 2010 environment. Note that the tool also makes recommendations on how to solve whatever issues it identifies.

Aside from the built-in cmdlets and the ExBPA, I also recommend performing an Internet search for Exchange 2010 monitoring tools. There are several available that proactively monitor your Exchange environment.

About the author:
Andy Grogan is an Exchange MVP based in the U.K. He has worked in the IT industry for the last 14 years -- primarily with Microsoft, HP and IBM technologies. His main passion is Exchange Server, but he also specializes in Active Directory, SQL Server and storage solutions. Grogan currently works for a large council in West London as the networks and operations manager supporting 6,000 customers on more than 240 sites. Visit Andy's website at www.telnetport25.com/.

Why does an Exchange Server migration require a coexistence period?

A coexistence period is an important part of any Exchange Server migration -- but why? Our expert explains.  Continue Reading

When should you enable IMAP in Exchange?

Why is IMAP disabled in Exchange Server? When does it make sense to use it? Get the answers to those questions and more in this expert response.  Continue Reading

Why quorum is important to Exchange 2010 database availability groups

When it comes to database availability groups, maintaining quorum is paramount. But what exactly is quorum, and how do you maintain it? Find out here.  Continue Reading