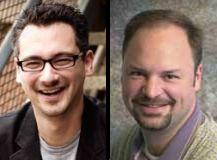 With Microsoft’s Azure platform now in full-effect, one of the questions affecting DBAs and developers is “How does it change what I do?”

I spoke with SQL Server MVPs Brent Ozar and Kevin Kline of Quest Software earlier about some of the performance implications for putting databases in the cloud with SQL Azure. The two are set to co-host a free, all-day virtual training session covering general SQL Server performance tuning and troubleshooting on Mar. 3.

“There’s a certain set of skills out there in the marketplace that are ‘evergreen’, and every year there are people that come into the business that haven’t learned those skills. And performance tuning and troubleshooting are at the top of the list,” said Kline about the session. He added that the all-day event gives them time to not only go over the general process points for getting started, but also the specific commands and techniques needed for proper troubleshooting and tuning.

But what about the cloud? Surely, throwing SQL Azure and other cloud-databases into the mix is going to have some implications in regards to how people think about performance. Here are some of the key points that database pros should keep in mind.

For starters, it’s all about developers. As Ozar spoke about in a previous Q&A, at this point DBAs aren’t really the targets for Azure. Why? Well from a performance standpoint, a lot of that management is handed off to someone else.

“The biggest thing with Azure is, while it does take away a lot of the management from the DBA, someone still has to do it, and that someone has to be able to handle the loads that you are throwing at it,” explained Ozar.

This puts a lot of the heat on developers, as with Azure there is no real point person to talk to when things aren’t performing up to snuff. Ozar noted that while this is great for developers who “never really like dealing with DBAs,” it’s the best coders that are most ideal for the platform.

Kline talked about how it should be no secret that SQL Azure is geared toward developers right now when you take a look at how Microsoft is promoting it. “Think about how Microsoft has positioned and released Azure,” he said. “They didn’t have the big party at PASS like you might expect – they did it at [the Professional Developers Conference in Dallas]. It’s really targeted for developers, where DBAs, as the real ‘guardians of the data’, are less likely to take those risks.”

Ozar added that DBAs tend to take things like encryption and access control for granted; areas where developers are traditionally less concerned. “Azure really just gives [developers] what they need,” he said.

Managing databases in the cloud is like driving. Kline compared it to the difference between driving a standard vehicle versus an automatic. “[Cloud databases] sort of give you that added layer of separation. So it’s like if you go from driving a stick to an automatic — what it’s doing is kind of hiding and simplifying things for you, where you no longer have to shift gears, hit the clutch, etc. – but it does the same things,” he said. Personally speaking, that’s as good an analogy as I’ve heard.

Azure doesn’t do everything, but it does a lot. Ozar described database folks in two extremes – the people who use everything and those who just take what they need. He noted that those who tend to use every new SQL Server function available to them might find Azure lacking is some areas, while most others would be pleasantly surprised. “Really, Azure is a pretty happy medium,” he said.” I’d say is satisfies at least 90 percent of basic SQL Server applications.”

One key area involves T-SQL, support for which was added to Azure last year. While Ozar has previously described T-SQL compatibility as Azure’s “killer edge,” he noted that it still doesn’t include close to all the features found with traditional SQL Server (he cited backup command support specifically). But again, what Azure doesn’t do might not be of concern to the majority of people.

Kline concurred with this sentiment, noting that getting the basic functionality out of the way first is Microsoft’s traditional strategy with version one releases. “You can make a lot of money selling big specialized capabilities, but you’re going to make most of the market happiest by selling those basic sets of features,” he said.