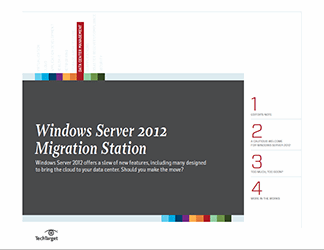 Windows Server has traditionally formed the cornerstone of the IT infrastructure in many organizations, and, for a majority of those companies, that will remain true. Enhancements in areas such as automation and scalability, however, make Windows Server 2012 much more of a cloud tool.