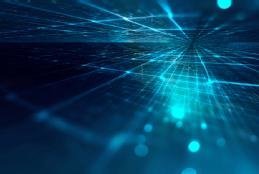 Why Microsoft broke down the walls between Linux and Windows

Not too long ago, Steve Ballmer was Microsoft's CEO, and anything even remotely threatening to the company's strategy or the dominance of Windows might be absorbed via acquisition. If certain court documents are to be believed, Ballmer could also throw an innocent office chair a good distance in a fit of pique.

Today, Satya Nadella runs Microsoft with much less bluster. This year, the company reached a $1 trillion market capitalization, up from approximately $300 billion in 2014 when Nadella took the company reins. Part of the upward trajectory of the stock could be attributed to Microsoft's recognition that the pairing of Windows and Linux is a crucial part of its future.

Microsoft followers have seen significant Linux developments on the Windows platform. A recent tweet from an IDC analyst said more than half of the workloads on Azure run on Linux. The Windows OS has a Windows Subsystem for Linux feature that gives systems administrators a way to work with the open source OS to avoid clunky methods, such as spinning up a Linux VM. Microsoft's quest to expand its PowerShell management tool to control Windows and Linux systems on premises and in the cloud shows promise as the team works tirelessly on the open source PowerShell Core project.

A server that runs Linux is no longer the outlier in the data center. Systems administrators in shops that were once Windows-only may have to learn what Bash is and how to use it to deploy and manage a web server based on a Linux server OS.

This handbook will help IT workers understand what's involved to pick up this new skill set and enable them to loosen their grip on the Windows GUI and embrace the Linux command line.

E-Handbook: Windows and Linux: What systems administrators need to know

Why Microsoft broke down the walls between Linux and Windows

The lines between Windows Server and Linux continue to blur. Discover what Windows administrators need to know to get up to speed with these new Linux features.

The line between Windows and Linux is starting to blur in most organizations. Here's what systems administrators need to know about working with Linux and Windows.

Standard Windows and Linux command-line utilities oftentimes have niche, yet important functionality not available in GUI tools that require IT workers to make custom workflows.

How to start using Ansible for Windows management

Ansible is a configuration management offering that runs on Linux but controls Windows systems with PowerShell. Find out how to get the tool running in your data center.