The following excerpt is from Chapter 6 of the MCSE Exam Cram 2 book "Designing security for a Microsoft Windows Server 2003 network" written by Ed Tittel, courtesy of Sams Publishing. Click to purchase, check out the complete book excerpt series or go straight to the practice exam if you think you're ready to be tested.

Windows Server 2003 has a built-in encryption mechanism called Encrypting File System (EFS). This mechanism can be used on all volumes that are formatted with NTFS. EFS uses a system of public and private key cryptography and, therefore, requires an enterprise certificate server that is set to autoenroll the certificates, as discussed in Chapter 2, "Creating the logical design for network infrastructure security."

NOTE: EFS should always be thoroughly tested in a lab or small group before deploying it to a production environment. 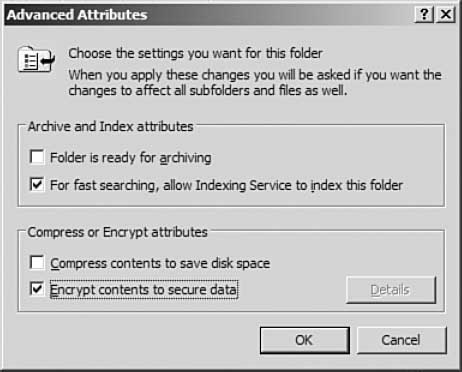 Figure 6.4: A user can set the encryption attribute on a file or folder.

As you can see, this system is quite complex from an administrative standpoint but is transparent to the user. You should consider using EFS on any removable drives or portable computers. It is the only type of defense that remains in place if you lose physical control of a hard drive. Without EFS, an attacker could simply take administrative control of the computer and read the information.

With Windows Server 2003 and Windows XP, you can assign multiple users to the same encrypted file or folder and give them access to it at a remote server. You need to keep in mind that the transmission of the data from the server to the client is not encrypted. To maintain encryption during transmission of the file or folder, you need to use Internet Protocol Security (IPSec), as discussed in Chapter 4, "Creating the physical design for network infrastructure security."

Microsoft recommends encrypting a folder, such as the My Documents folder, and then storing the files that you want encrypted in that folder. Any files that are moved or copied to an encrypted folder become encrypted, regardless of whether they are moved from the same volume or from a different volume. However, should you decrypt a file or folder that is already in an encrypted file or folder, that folder remains decrypted until you explicitly encrypt it again. To avoid this confusion, simply encrypt the parent folder and then move the files and folders (that you want to encrypt) into the parent folder.

Click for the next excerpt in this series: Designing a permission structure for files and folders

Click for the book excerpt series or visit purchase the book here.