Some organizations will take the time to configure local account policies, governing the maximum age, minimum length, and other restrictions for the local accounts. This process is simple, as Windows Group Policy allows you to do so through Active Directory (AD). Figure 2.1 shows an open Group Policy Object (GPO) that is linked to an organizational unit (OU); every computer within this OU will be affected by the password policy configured in the GPO. 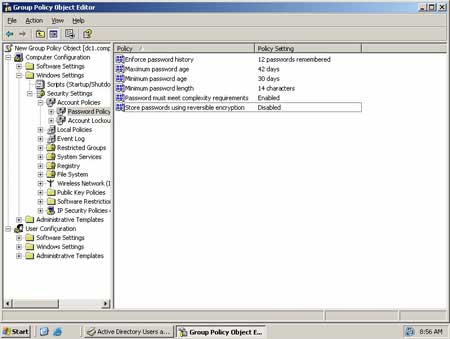 However, local accounts aren't used all that often in many environments. If an account -- such as Administrator -- isn't used, then its password will never be changed and it remains a security liability. Perhaps the most common way of dealing with this local account security issue is to simply ignore it, creating one of the biggest issues in client computer security. Many organizations take half the time on local account management than they spend managing their domain accounts, yet those local accounts can have access to just as much sensitive data.

One way to quickly deal with the issue is to write a short script. The following VBScript, for example, can be used to change the local Administrator password on a remote computer:

Naturally, this isn't a terribly useful tool because it only changes one computer at a time. A more powerful version of this script would read all of the computers from a file, listing one computer per line, and change their local Administrator accounts:

However, this solution is still not ideal. It requires that you maintain a huge list of client names -- a task that makes it easy to miss one. In addition, any computer that isn't available (turned on) when you run the script won't be updated -- in fact, this script will crash on the first unavailable computer. It's possible to change the script so that it will log unreachable computers, and you can even have it read computer names from AD. However, even this solution doesn't address all the shortcomings. AD too often contains old computer accounts, and might not contain the name of every computer in your environment (standalone lab computers, for example). Smart organizations will rename the local Administrator account, but might not have done so consistently on every computer. In this situation, you need to change the password of an account whose name you don't even know -- a difficult task! 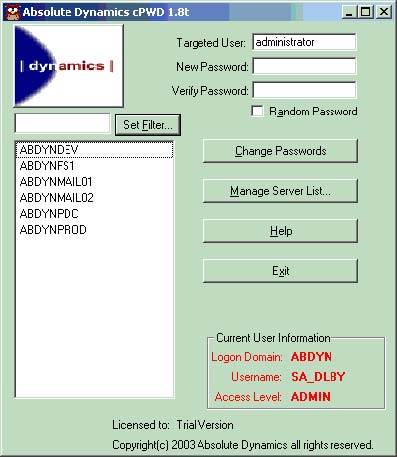 Simply entering *A* for the account name will target the local Administrator account by its security identifier (SID), regardless of the account's actual name. The tool is designed to target a list of computers, but has the capability to dynamically generate that list, as Figure 2.3 shows. 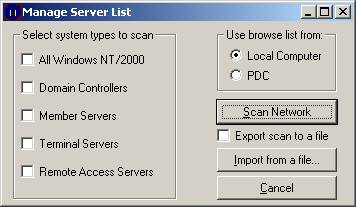 Click for the next excerpt in this series: Service management

Click for the book excerpt series or visit cc.realtimepublishers.com for the entire eBook, "The Definitive Guide to Securing Windows in the Enterprise."