Hyper-V has had an interesting release cycle. It was bundled into the release of Windows 2008 as a beta component when Windows 2008 shipped in February 2008. And over the first few months of 2008 as Windows Server 2008 was gaining momentum in organizations as a solid server operating system, organizations were installing the beta version of Hyper-V and giving it a try. Early adopters found Hyper-V to be extremely stable and reliable, and because the images use the same Virtual Hard Disk (VHD) file format used in Microsoft Virtual Server 2005, the adoption of Hyper-V since its formal release has been brisk. 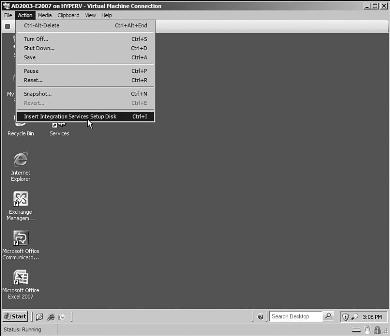 So, the decision of when to implement Hyper-V has come down to the same decision on implementing any technology: Identify the value received by implementing Hyper-V virtualization, test the solution in a limited environment, and roll out Hyper-V when you are comfortable that the product meets the needs of your organization.

Waiting to Fully Implement Windows 2008 in the Environment