Although that technique works well, Microsoft has included a new tool in Windows Vista that makes managing printers much easier. In this article, I will demonstrate how to use this new tool to add a standalone printer in Active Directory.

Begin the process by opening a Command Prompt window and entering the MMC command. When you do, Windows will load an empty Microsoft Management Console. Now, choose the Add / Remove Snap-in command from the console's File menu to make the Add / Remove Snap-in dialog box appear. Scroll through the list of available snap-ins until you locate the Print Management snap-in. Select that snap-in, and click the Add button.

At this point, Windows will display the dialog box shown in Figure A. As you can see, you must specify the print servers that you want to manage. If you read my previous article, then you know that in order to list standalone printers in Active Directory, you must create a queue on one of your Windows servers, and then bind that queue to the printer. You can then list the print queue in the Active Directory. That being the case, add the server or servers that you want to create the print queue on. 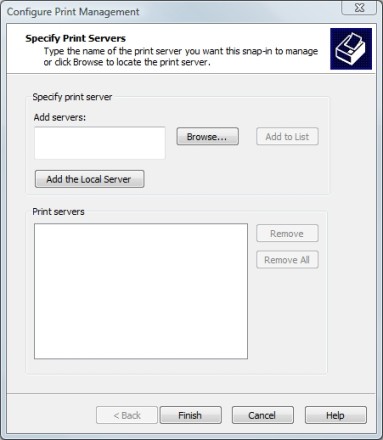 Once you add a server to the console and click OK, you will be taken to a screen that is similar to the one shown in Figure B. This console allows you to install drivers, define ports and specify network printers. 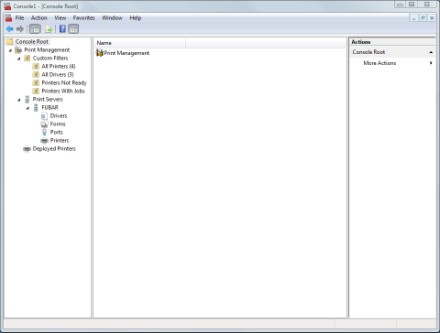 As you may recall from the first article, when we created a print queue for a standalone printer, we created a port that was based on the printer's IP address and then defined a network printer that used that port. The process of defining a network printer through the Print Management console is similar, but the console is a bit more abstracted because it allows you to define drivers, forms, ports and printers separately.

Begin by attaching a printer driver to the console. To do so, navigate through the console tree to Print Servers | your server | Drivers. Right click on the Drivers container and select the Add Driver command from the resulting shortcut menu. When you do, Vista will launch the Add Printer Driver Wizard.

The wizard is fairly simple to use. When the wizard begins, click Next to bypass the Welcome screen. You will then see a screen asking you what types of drivers you want to install. As you can see in Figure C, you have the option of installing Itanium, x86 and x64 drivers. 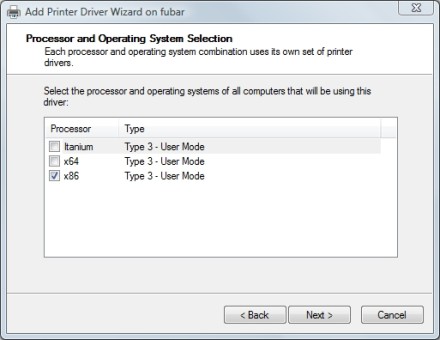 Click Next and you will be taken to the familiar driver selection screen shown in Figure D. Click the Have Disk button, supply Windows with the appropriate printer driver and then follow the prompts. When you are done, the console's Drivers container will list the device drivers that you have installed, as shown in Figure E. 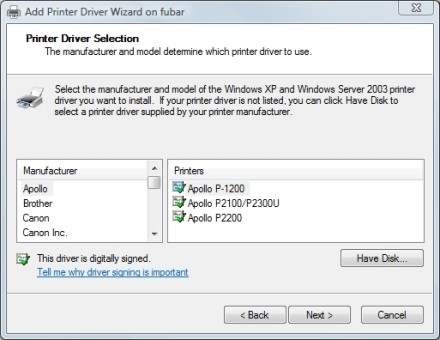 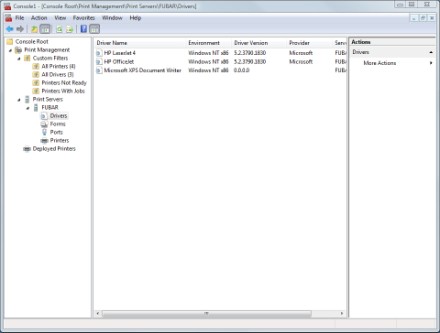 Now it's time to define the ports used by your standalone printers. To do so, right click on the Ports container and choose Add Ports from the shortcut menu. A dialog box will ask you if you want to define a local port or a standard TCP/IP port. Choose the Standard TCP/IP Port option and click the New Port button.

At this point, Windows will launch the Add Standard TCP/IP Printer Port Wizard. Click Next to bypass the wizard's Welcome screen, and you will be prompted to enter an IP address and a port name. After doing so, click Next and Windows will attempt to detect the printer that is using the specified IP address. As soon as Windows detects the printer, it will display a summary screen that lists the printer's adapter type, protocol, port number, etc. You can see an example of this screen in Figure F. 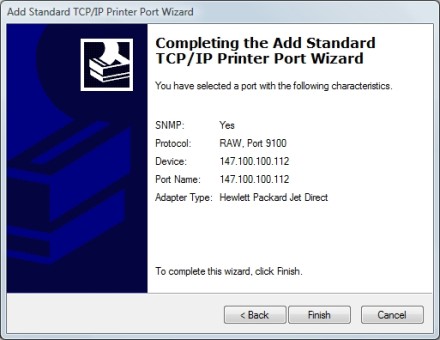 Click Finish to close the wizard. The port that you created will then be listed within the Ports container, as shown in Figure G. 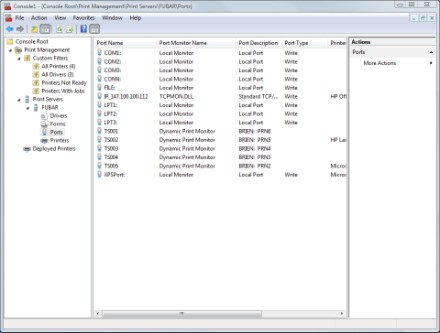 Now it's time to define a network printer, so right click on the Printers container and select the Add Printer command from the resulting shortcut menu. Windows will then launch the Network Printer Installation Wizard.

The wizard's initial screen will prompt you to choose an installation method. Since you have already installed a driver and defined a port, select the Add a New Printer Using an Existing Port option and then choose the port that you previously created, as shown in Figure H. 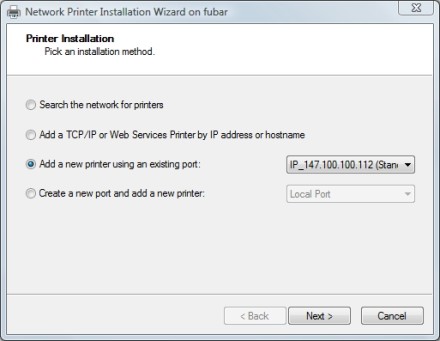 Click Next and you will be taken to a screen that asks you which driver you want to use. Select the option to use an existing print driver, and then select the appropriate driver, as shown in Figure I. 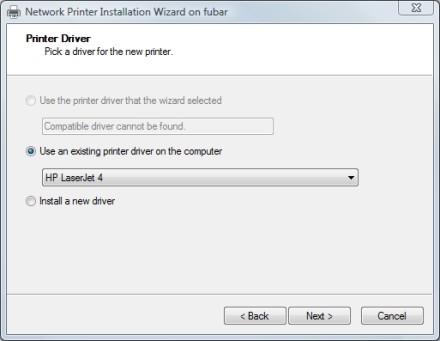 Click Next again, and you will see a screen that asks you to enter a printer name, share name, location and some other optional comments. The information that you enter into these fields will be added to the Active Directory in order to help users when they search for the printer. Figure J illustrates the types of information that you can enter. 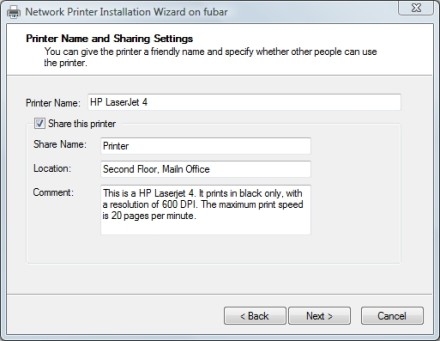 While this technique has the same end result as the one demonstrated in my previous article, Windows Vista's Print Management Console makes it much easier to stay organized.