Although most new applications run fairly well on Windows Server 2008 R2, some apps are written for older operating...

systems that may have trouble installing to, or running on, R2. Fortunately, there are ways to tackle these compatibility challenges.

Keep your server up to date
The first step to addressing application compatibility is to make sure that Windows Server 2008 R2 is running all of the latest security patches. Microsoft occasionally releases patches specifically to address various incompatibilities. For example, the Windows 7 and Windows Server 2008 R2 Application Compatibility Update provides fixes for various programs. Even if the app that needs to be fixed isn't included among those listed within this patch, the flaws may be fixed by another patch.

Note that the toolkit does not actually fix application compatibility problems. It takes an inventory of the apps running and reports compatibility issues for each one. For example, Figure 1 shows some of what's running on desktops on my own network. 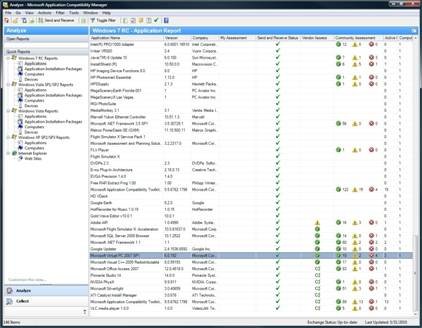 As you can see, Microsoft provides vendor assessments of compatibility information whenever possible. There is also a community assessment section where other IT professionals can chime in on how well an app works with a given operating system. In many cases, the tool provides detailed information about how to fix any incompatibilities that are reported.

Contact the application publisher
As great as the Microsoft Application Compatibility Toolkit is, it's not completely comprehensive because it doesn't contain compatibility fixes for some apps. This is especially true for some of the more obscure programs or those specifically intended to run on a server platform.

In these situations, contact the application's publisher to find out whether a patch is available that will allow the app to run on Windows Server 2008 R2. Even if no patch exists, the publisher may provide some hints on how to make the application work in an R2 environment.

Check Internet message boards
Sometimes a software publisher won't officially support an application on a certain OS because it has not thoroughly tested the application for compatibility. In other cases, a vendor may refuse to provide support simply because it is getting ready to release a new version and wants to force customers to purchase that edition. In either case, it is important to remember that regardless of the publisher's reasons for refusing to support an application, there are risks associated with running it in an unsupported state.

Adjust the application
Sometimes an app can be forced to work in an otherwise incompatible OS by "shimming" it. Just right-click on the app, and choose the Properties command from the shortcut menu. Windows will display a properties sheet for the app that includes a Compatibility tab (see Figure 2) with several settings that can be used to trick the app into running. 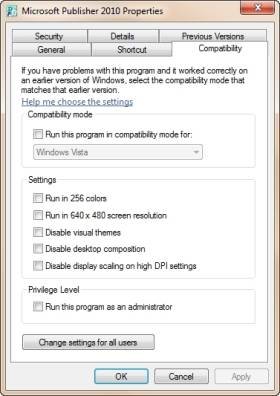 ABOUT THE AUTHOR
Brien Posey is a seven-time Microsoft MVP with two decades of IT experience. Before becoming a freelance technical writer, he worked as a CIO for a national chain of hospitals and health care facilities. Posey has also served as a network administrator for some of the nation's largest insurance companies and for the Department of Defense at Fort Knox.