that may be acting untowardly. This tip highlights that new functionality, as well as how to use it to get offending devices under control.

It seems every few months, smartphone manufacturers release updates that cause problems in IT. Apple iOS devices come to mind more often than most, due to their regular, over-the-air updates and a sizeable enterprise presence -- but they certainly aren't alone.

The customizable nature of Android devices means that end-users can choose from a wide range of devices. The thing is, there are also hacks and custom firmware available. This allows for compatibility and support testing within an Exchange organization.

This tip examines a new feature in Exchange 2013 that helps alleviate some of the above described issues: ActiveSync device auto-block thresholds.

What do Exchange ActiveSync auto-block thresholds do?

Auto-block thresholds let admins configure limits on the number of times an Exchange ActiveSync device can perform a particular, pre-defined action over a period of time. It also lets them deny the device access to Exchange for however long they deem appropriate.

For example, you may determine that a device that sends 100 requests over the course of a minute is negatively affecting your Exchange environment. With auto-block thresholds, you can block the device for five minutes and notify the user (optional). This may be long enough to prevent damage to Exchange 2013 or -- if the user is doing something unusual -- discourage that activity.

As of the time of this writing, only a small number of pre-defined categories are available for auto-block thresholds. That said, it's feasible that Microsoft could add others if deemed useful enough.

The current categories, or behaviors, as they are referred to within Exchange 2013, are as follows:

A key point to understand before implementing this feature in your production environment is what a normal, healthy Exchange ActiveSync device looks like. If you don't know how often devices in your organization typically make requests to Exchange, you risk inadvertently blocking devices that aren't doing anything wrong.

A great tool to consider here is Log Parser Studio, which has built-in reports that process ActiveSync information in IIS log files. ActiveSync Reporting Services, which is built into Exchange 2010 and Exchange 2013, is another option.

Let's set up an example using the scenario I described earlier, which involved an ActiveSync device that sent 100 messages in a single minute. In the example, we'll examine the policies already in place, and then configure Exchange 2013 to block overly chatty devices. Let's also base the example on the aforementioned CommandFrequency category (described in the table above).

First, use the following command to view existing settings. Note that it is formatted to view relevant information in an easy-to-read, filtered format (Figure 1).

Figure 2: Configure the auto-block threshold and include a notification message.

As you can see in Figure 1, there are currently no settings configured. We'll now implement the configuration mentioned earlier, which will block devices that make over 100 command requests within a minute, for a period of five minutes. We'll also set a notification message for the user (Figure 2).

Figure 3: Enable a device notification email message for all users.

If you want to enable the email notifications set on each behavior category for all your users, use the following command (Figure 3).

Now that the proper configuration is in place, I have simulated this condition by making repeated requests to Exchange 2013 by constantly refreshing mail on my device. As suspected, making 100 end-user requests is actually quite hard (Figure 4). 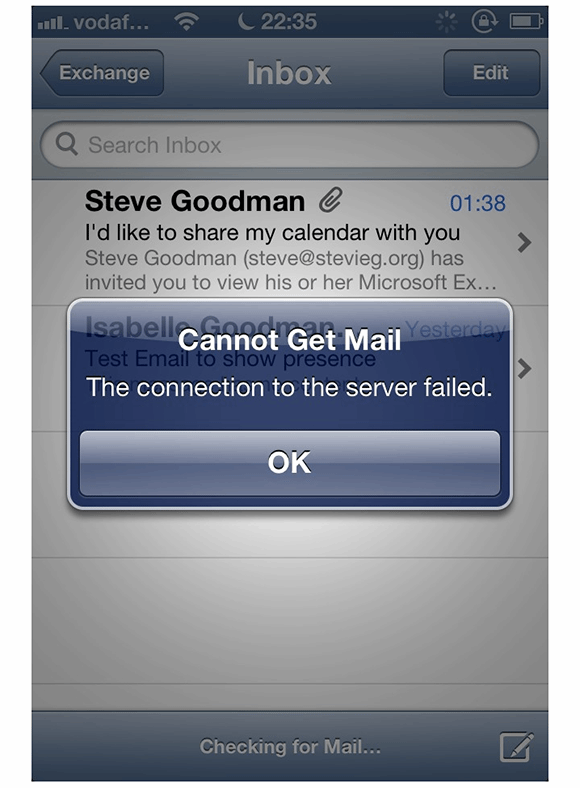 Figure 5: The end user has encountered an error message on his iOS device.

Once the auto-block threshold is triggered, it's immediately evident to the user that something is up. The message the end user sees, however, isn't particularly informative. On iOS devices, for example, users will receive the message displayed in Figure 5.

When the user checks his email via Outlook Web App or the Outlook client, he'll see the email notification we've configured, along with the auto-block configuration. Thankfully, the email is considerably more descriptive than the previous message (Figure 6).

At the server side, the intentional failure that results from the device attempting to access Exchange is logged in the IIS log files as a "503 Service Unavailable" error: 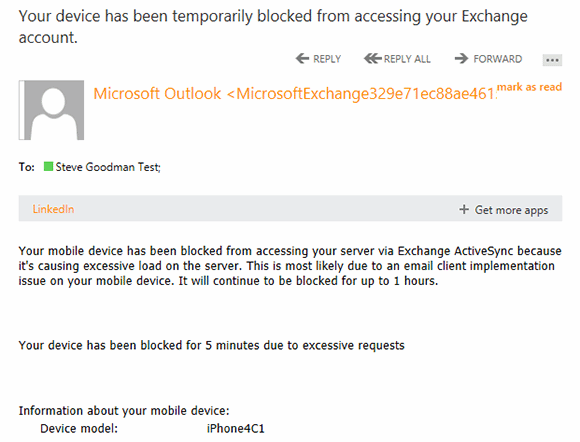 Figure 6: An example of an end-user notification email.

If you've specified a period longer than the five minutes we've implemented here, there might be a time when you need to quickly re-enable access for a user. This is easily accomplished using the ResetAutoBlockedDevices switch with the Set-CASMailbox cmdlet (Figure 7)

As you can see, this is another solid example in a line of new Exchange 2013's features. Although it's a relatively small addition, it can prove extremely helpful when mitigating the unintended consequences of a BYOD environment or simply one where end users rely on consumer-grade devices.

About the author
Steve Goodman is an Exchange MVP and works as a technical architect for one of the UK's leading Microsoft Gold partners, Phoenix IT Group. Goodman has worked in the IT industry for 14 years and has worked extensively with Microsoft Exchange since version 5.5.