A reader asked me recently if it’s possible to centrally control out-of-office settings in Exchange Server 2010....

Essentially, this person wanted the option to display a uniform out-of-office message for all the users in his organization. Unfortunately, Exchange Server does not offer any policy settings that allow you to enforce the use of mandated out-of-office messages. But there are a few workarounds.

Note: Microsoft does not acknowledge the workarounds discussed in this tip. These methods have come from independent research.

By default, Exchange Server 2010 prepends the words Automatic Reply to a message's subject line when the out-of-office assistant responds to an email. Exchange Server 2007 reacts similarly, but uses the phrase Out of Office instead of Automatic Reply. In either case, it is possible to create a transport rule that looks for these phrasesin the message subject line and then take action.

Unfortunately, this isn’t exactly a comprehensive solution for centrally controlling out-of-office messages. Neither Exchange 2007 nor Exchange 2010 offers a transport rule option to replace a message's text with alternate text. All you can do is append a disclaimer to a message.

Exchange 2010 does offer the option to send a rejection message to the sender with an enhanced status code. In my testing, I originally hoped this type of message could be used as an alternative to an out-of-office message, but Outlook ignored all rejection messages I generated with this method. In other words, this method allows you to detect and take actions on out-of-office messages, but you cannot overwrite them.

The first cmdlet is Get-MailboxAutoReplyConfiguration. You can use this cmdlet to view the out-of-office configuration for a specific user or for all users in your Exchange organization. For example, if you wanted to find out which users are currently using automatic replies, use the following command:

When you look at Figure 1, you see that this command returns a glut of information about each user’s auto-reply settings. While this list is interesting, the cmdlet doesn’t quite help us toward our goal of centralizing automatic replies. 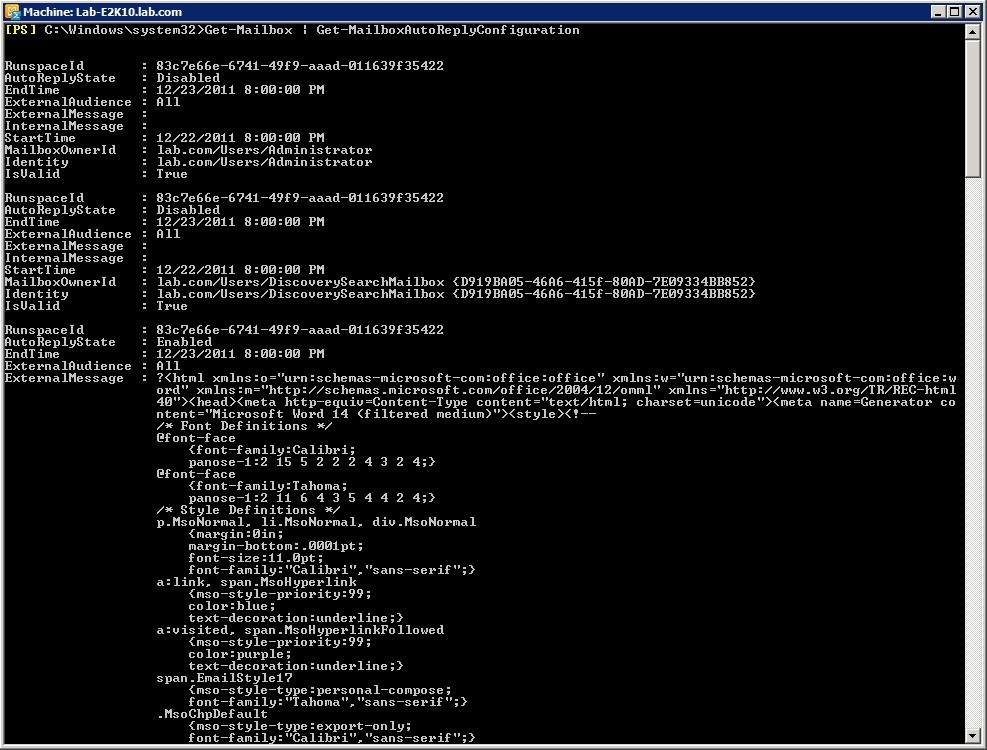 Figure 1. Use the Get-MailboxAutoReplyConfiguration cmdlet to examine an Exchange 2010 user’s out-of-office messages.

When you look at Figure 2, you see that this command tells you exactly which users currently have automatic replies enabled.

Figure 2. Use PowerShell to determine which Exchange 2010 users have automatic replies enabled.

Now that you know how to find out which users have auto-replies enabled, the next step is to replace the auto-reply message. However, before I show you how, let’s find out how to set a user’s auto-reply message using PowerShell. For our example, let’s set your user’s reply message to “I am out of the office.” To do so, use the following command:

As you can see, the above command enables automatic replies for User 2 and sets both custom internal and external messages. When you look at Figure 3, you see that this command does not actually generate any output of its own. But if you look at the list of users who have automatic replies enabled, you can see that User2 has been added to the list.

Figure 3. You can also enable automatic replies for a user through PowerShell.

To see this command in action, let’s take a look at each user’s existing internal and external messages using the following command: 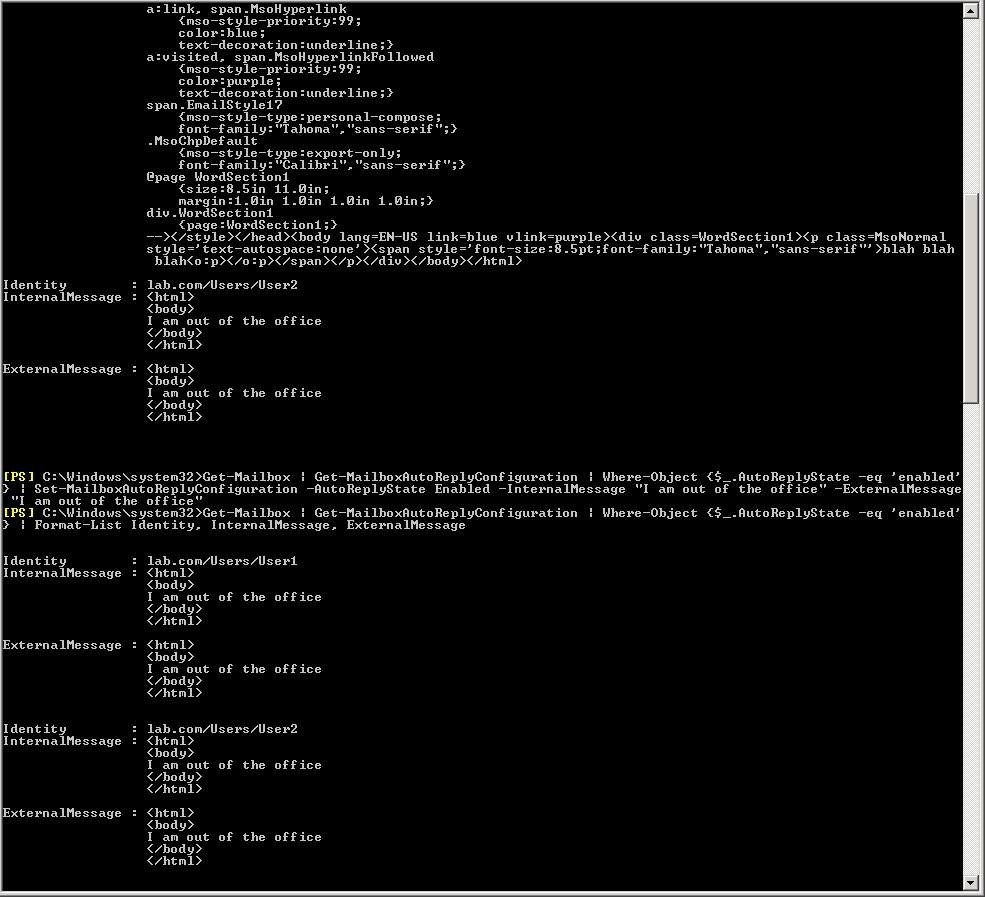 Figure 4. All Exchange 2010 users now have a uniform out-of-office message.

As you can see, the only problem with this approach is that the commands must be executed manually. There is no centralized policy to enforce your custom out-of-office message. All you can do is create a script that automatically runs these commands on a periodic basis.

ABOUT THE AUTHOR:
Brien Posey is an eight-time Microsoft MVP with two decades of IT experience. Before becoming a freelance technical writer, Brien worked as a CIO at a national chain of hospitals and health care facilities. He has also served as a network administrator for some of the nation’s largest insurance companies and for the Department of Defense at Fort Knox.