AutoReseed is one of Exchange 2013's newest features to help Exchange admins keep their environments running with minimal effort. Exchange 2010 was the first version to allow just a bunch of disks (JBOD) as primary storage. The problem with this was every disk failure resulted in an admin's manual interaction to reseed the failed database copy. Although some things could be automated using self-written scripts, there was still a huge overhead.

Regular hard disks are one of the few mechanical components in a modern computer, but this makes them prone to failure. Regular Serial Advanced Technology Attachment drives especially have a bad reputation when it comes to the annual failure rate. Companies that pursued the JBOD approach regularly found themselves in a situation with an admin required to manually take action, actions that cost time and money.

Microsoft's AutoReseed feature eliminates the need for an admin to reseed a failed database; Exchange 2013 automatically takes care of this.

AutoReseed uses Windows' ability to assign multiple mount points to the same disk. You mount the disks of your system to a predefined folder structure. Exchange 2013 uses this folder structure to determine which disks have databases on them and which disks should be considered as spare. If one of the disks contains data fails, Exchange will automatically mount one of the spare disks to the same location as the failed disk. Once the spare disk mounts to the correct folder paths, Exchange automatically starts reseeding the databases to it without admin intervention.

The only manual in this entire process is when an admin must replace the failed disk and reconfigure it as a spare.

The root paths of the folder structure are defined as properties of the Database Availability Group (DAG) for which you are configuring AutoReseed. The properties are called AutoDagDatabasesRootFolderPath and AutoDagVolumesRootFolderPath

(Figure 1). If necessary, these folder paths can be changed using the Set-DatabaseAvailabilityGroup cmdlet. 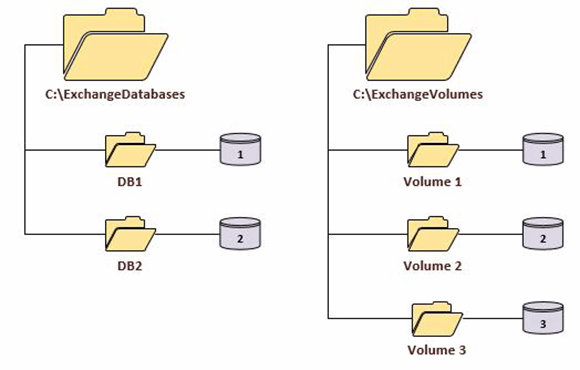 The folder structure includes where to mount the disks (Figure 2).

The point behind AutoReseed is simple: You configure multiple volumes (disks) and map them (through mount points) to a specific folder on a disk. The spare disk is also mounted to a folder, but not the ones that represent the Exchange databases. Exchange handles the rest.

The best way to understand how AutoReseed works is to go through the configuration once and then see what happens in case of a failure. We'll create a simple setup in which we have two servers, each configured with three disks. Each disk will have only a single database.  We'll also illustrate how to configure multiple databases per volume. 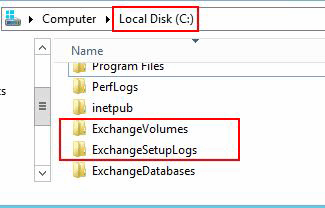 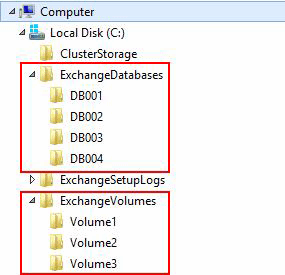 It's a good idea to create the root folders on the system partition. RAID will likely protect this partition and keep the mount points available. If you choose another location, change the parameters of the Database Availability Group and use:

Next, we need to mount the disks to specific folders (Table 1).

Mount points can be created by using the Disk Management snap-in or through command line. In this article, we'll only use the GUI. 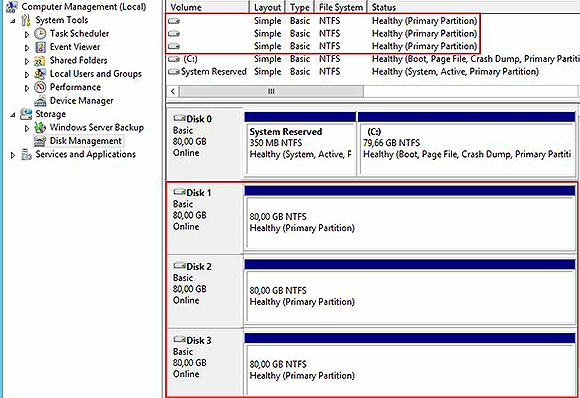 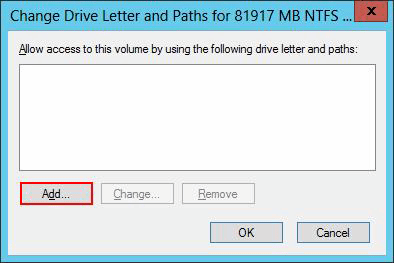 Repeat this step for all disks.

Once you've created all mount points to C:\ExchangeVolumes, repeat the process for the database paths: 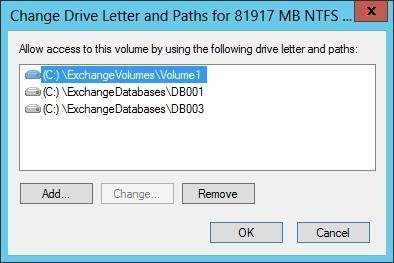 If you plan to have multiple databases per volume (disk), you might have to mount a disk to several database folders (Figure 7). 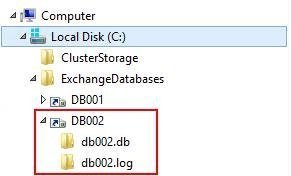 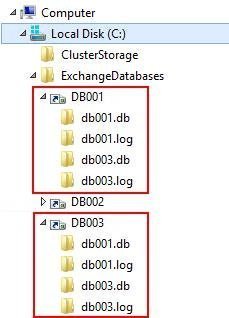 If you have multiple databases per volume (disk), your disk structure may look different (Figure 9).

Repeat these steps for each member of the Database Availability Group (DAG). Again, the disk configuration should be identical on all DAG member servers. Assuming you already had Exchange running before configuring AutoReseed, you can relocate your databases to the new paths. If not, you can create your databases in the new locations.

This is part one in a series about AutoReseed in Exchange 2013. Read on to part two.

About the author:
Michael Van Horenbeeck is a technology consultant, Microsoft Certified Trainer and Exchange MVP from Belgium, mainly working with Exchange Server, Office 365, Active Directory and a bit of Lync. He has been active in the industry for 12 years and is a frequent blogger, member of the Belgian Unified Communications User Group Pro-Exchange and a regular contributor to The UC Architects podcast.