is cluster aware. This allows you to serve local or shared storage in the form of virtual hard disks (VHDs) to clients across your network with your existing networking infrastructure. Using iSCSI Target can mean reduced data center costs. 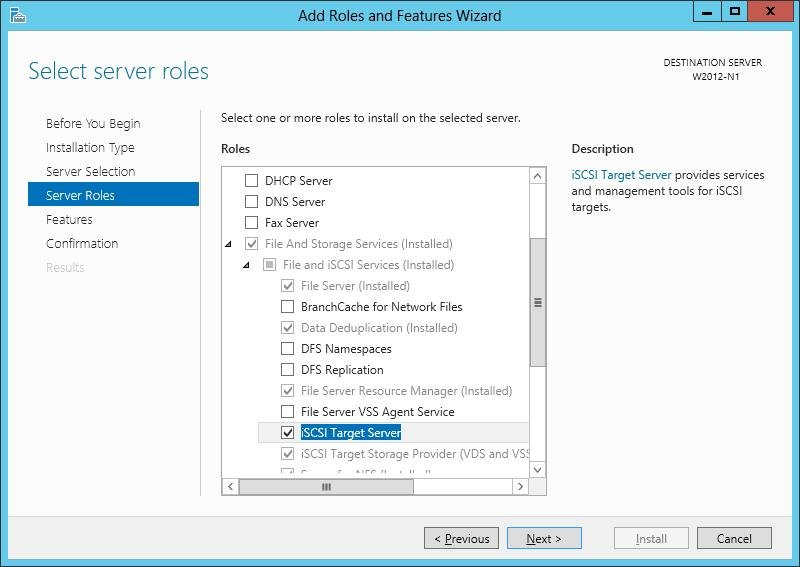 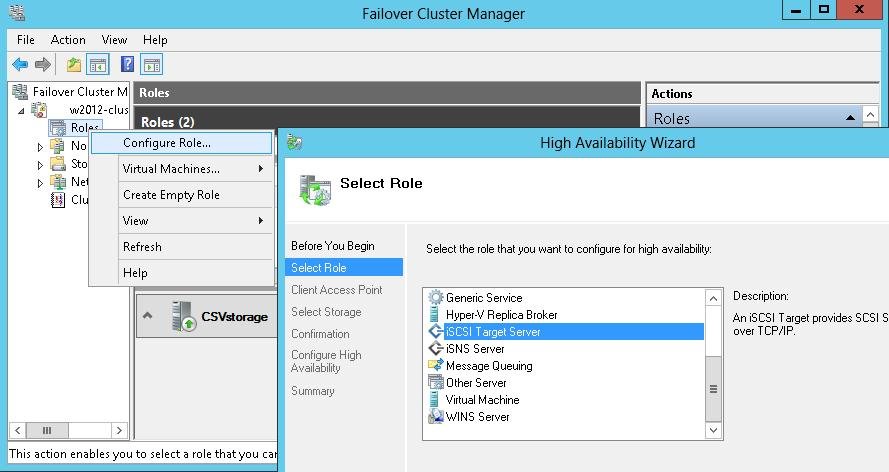 The next step is to make the iSCSI Target software aware that it is being used in a failover cluster. To accomplish this, you can use the Server Manager's Tools pull-down menu to select the Failover Cluster Manager. A new failover cluster role can be created by right-clicking Roles in the left-hand pane and selecting "Configure Role..." (figure 2). This only needs to be done once on the cluster, unless you need to configure multiple iSCSI Target virtual servers with their own storage. 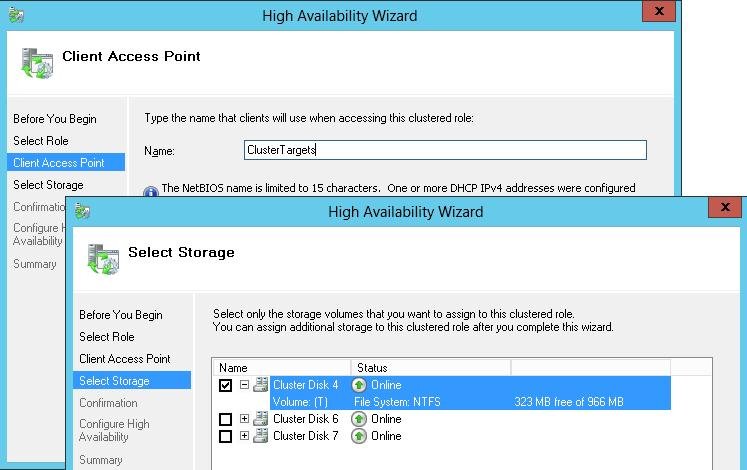 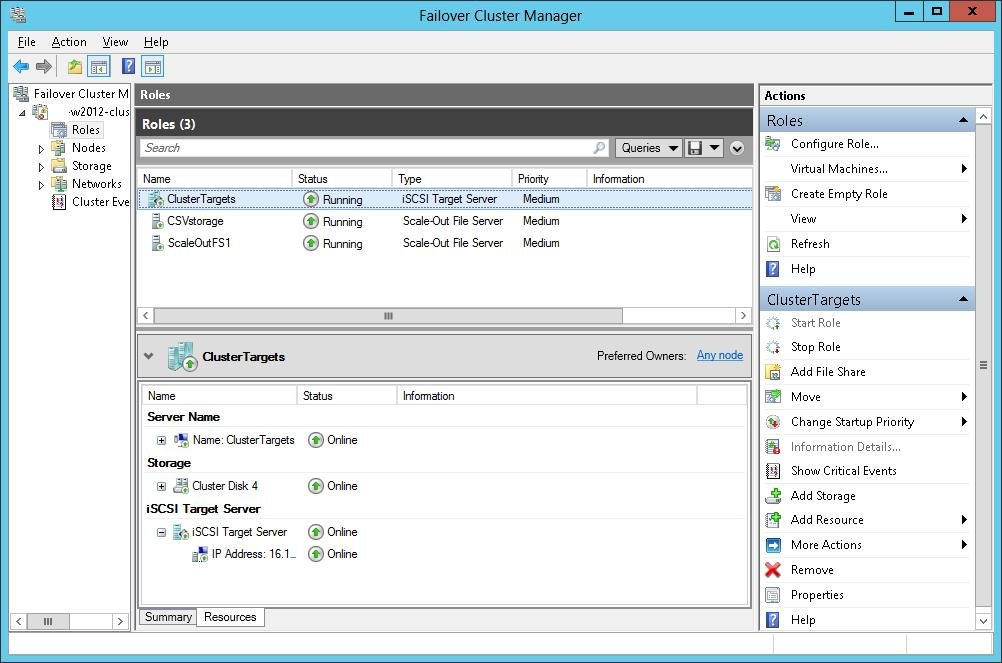 The remainder of the configuration is performed in the Server Manager by expanding File and Storage Services in the left-hand navigation pane, then selecting iSCSI. The upper right-hand pane will reveal any virtual iSCSI disks that have been configured or allow you to create or import new ones. The lower right-hand pane allows you to create iSCSI Target names that can be associated with the virtual disks. 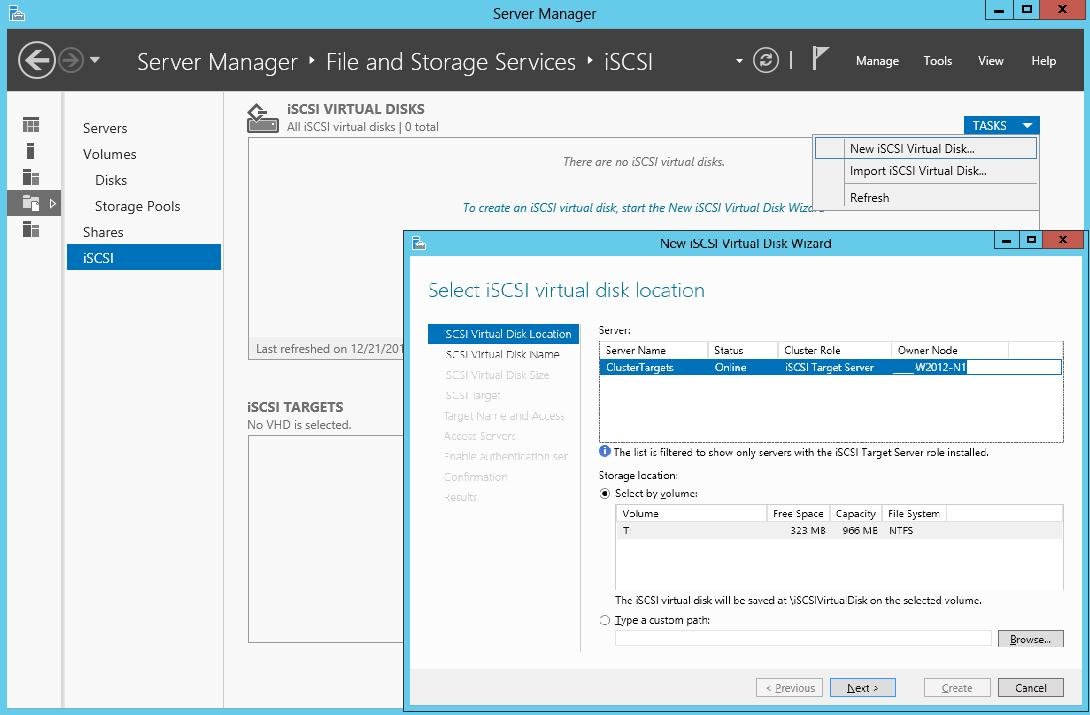 On the client side, all you need to do is to use the iSCSI Initiator applet in the control panel to connect to the DNS name or IP address of the iSCSI Target server you just created. Then use Disk Management to bring the iSCSI LUN online, initialize the drive, format it with NTFS and give it a drive letter. You will then be able to access the iSCSI drive as if it were another local disk on your computer.

About the Author
Bruce Mackenzie-Low is a master consultant at Hewlett-Packard providing third-level worldwide support on Microsoft Windows-based products, including clusters and crash dump analysis. With over 18 years of computing experience at Digital, Compaq and HP, he is a well-known resource for resolving highly complex problems involving clusters, SANs, networking and internals. He has taught extensively throughout his career, always leaving his audience energized with his enthusiasm for technology.