such as built-in recovery, scalability and performance. Here are my thoughts on it that will provide some details on what ADI primary zone really means, how to configure it and how to implement it in your environment. Next month we'll examine some problems with ADI and how to solve them.

In an ADI primary zone, rather than keeping the old zone file on a disk, the DNS records are stored in the AD, and Active Directory replication is used rather than the old problematic zone transfer. If all DNS servers were to die or become inaccessible, you could simply install DNS on any domain controller (DC) in the domain. The records would be automatically populated and your DNS server would be up without the messy import/export tasks of standard DNS zone files.

What constitutes an ADI zone?

An ADI zone is a writeable copy of a forward lookup zone that is hosted on a domain controller. This is a requirement since the DNS records are all held in the AD, thus the DNS server needs access to the AD. Since each DC hosts a writeable copy of the DNS zone, clients (workstations, servers and other DCs) can register their DNS records on a domain controller hosting an ADI primary zone -- usually the DC that authenticated them -- rather than search the network to find a single DNS server (primary) that will add the client's host and resource records.

All of the DNS records are held in the Active Directory in CN=MicrosoftDNS, CN=System,DC=corp,dc=net, as shown in Figure 1. 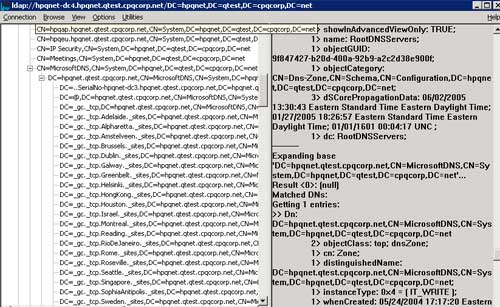 How do I create an ADI zone? 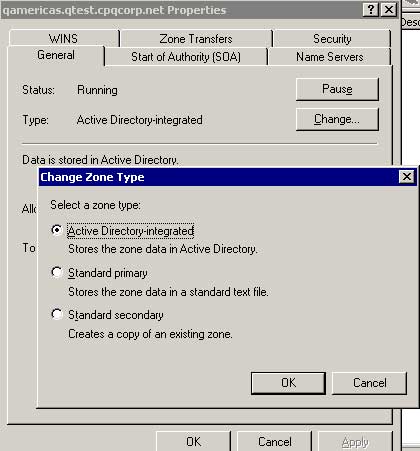 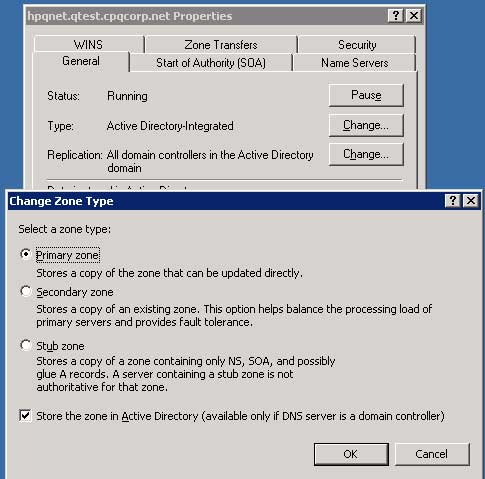 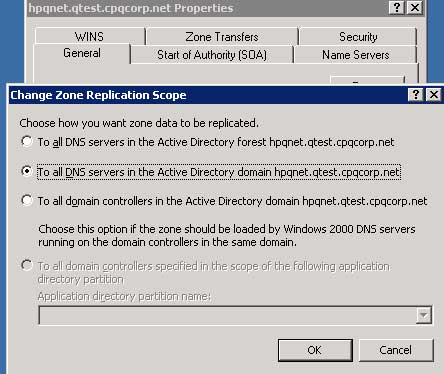 Selection of the second option, to replicate DNS information only to DNS servers in the domain, provides a way to limit DNS replication to only DNS servers, whereas it was replicated to all DCs in Windows 2000 -- whether they were DNS servers or not. This can have a significant impact on large organizations.

How do I design a DNS structure using ADI zones?

As I noted previously, ADI zones can only be hosted on DCs. However, many administrators want to put domain name servers in remote sites to provide better name-resolution performance and to decrease network traffic. That way, users don't have to go across the WAN to find a DNS server. However, you may not want to put a DC in that location. Windows 2000 and 2003 allow you to put a standard secondary zone (read only) on a member server and use one of the ADI primary servers as the master.

Note: Since the standard secondary servers have no way of using the zone data in Active Directory, they are still required to use standard zone transfers to stay in sync with the master (primary). 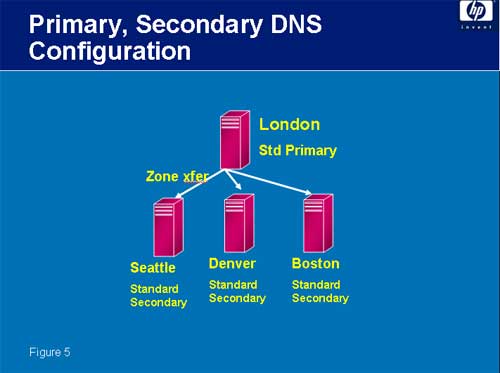 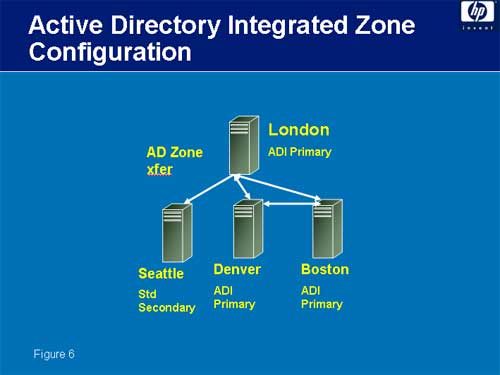 What is an "island of replication" and how does that affect my design?

The "island of replication" issue is an oldie but a goodie. It is described very well in Microsoft KB article 275278. At the beginning of the Windows 2000 days, Microsoft advised us to have each DNS server point to itself as the "Preferred DNS server" in TCP/IP properties and then to other DNS servers as "Additional DNS Servers." This caused a couple of problems.

Microsoft describes this fix in KB 275278, which also states that the problem is fixed in Windows Server 2003, thus making this change unnecessary. However, I still recommend configuring ADI DNS so that only one DNS server points to itself for DNS and the others point to it for performance reasons. Anytime I talk to customers who have DNS configured so that each DNS server points to itself for DNS, I recommend (in some cases I demand) that they change it. One administrator, who argued with me about it but finally gave in, called me a few days later to tell me his DNS performance had improved dramatically.

As for the issue of the DNS service taking a long time to start, you can resolve that by simply configuring the DNS servers to "cross-point" to each other. I usually recommend that for environments with only two DNS servers. In reality, since it only occurs when you reboot the DNS server -- and hopefully those instances rarely occur -- it should not be a big issue.

ADI primary zones are amazingly redundant because even if all domain name servers bite the dust, as long as you have a domain controller that is alive, you can quickly get a DNS server online. Simply install the DNS service on any DC, and the zone will be automatically populated. However, the ADI configuration requires good design and you must understand it to make it work properly.

Next month I will describe a couple of interesting issues you'll face when ADI zones go bad!