When you install the client access server in Exchange 2010, ActiveSync is enabled by default. To manage this connection,...

you can use ActiveSync throttling policies via the command line. That means you’ll need to have some solid Exchange Management Shell knowledge.

Retrieving a throttling policy
Before you can change ActiveSync throttling, you need to determine which policy settings are in use. To do this, enter the Get-ThrottlingPolicy command into Exchange Management Shell (EMS) to display the default throttling policy (DefaultThrottlingPolicy_<guid>) and any other policies that are in use. The screen also displays values assigned to each policy setting. As you can see in Figure 1, the EASMaxConcurrency and EASMaxDevices policies are set to 10; the EASMaxDeviceDeletesPerMonth policy has no value. 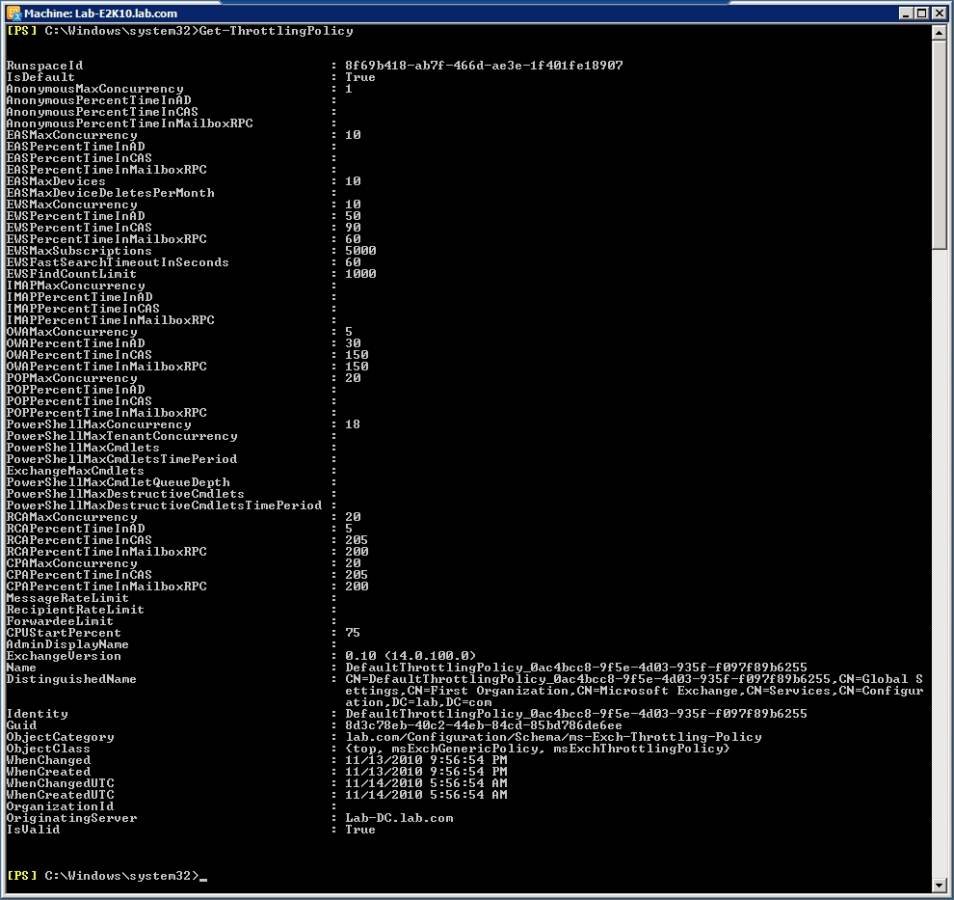 You can’t change any ActiveSync throttling policy values using a single cmdlet; you’ll need to pipe several commands together. To set the EASMaxConcurrency value to 100, for example, use the following two strings:

After EMS assigns the $a variable, the output is piped into the second command -- Where-Object {$_.IsDefault –eq $true}. This command acquires the default throttling policy.

If we used the $a command by itself, it would display the default throttling policy. Instead, we're piping this command into the fourth command -- Set-ThrottlingPolicy –EASMaxConcurrency 100. This is the command that actually modifies the throttling policy.

EMS doesn't confirm that the operation was successful, so you'll have to issue the Get-ThrottlingPolicy command again to verify that (Figure 2).

ABOUT THE AUTHOR:
Brien Posey is a seven-time Microsoft MVP with two decades of IT experience. Before becoming a freelance technical writer, Brien worked as a CIO for a national chain of hospitals and healthcare facilities. He has also served as a network administrator for some of the nation’s largest insurance companies and for the Department of Defense at Fort Knox.