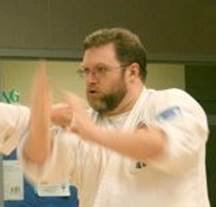 The Exchange Server 2007 and Exchange 2010 iteration of the client access server (CAS) role was meant to address CPU scalability limits present in the hardware market when Exchange 2007 was being designed and released. By breaking storage, transport and client handling functionality into separate roles, Microsoft intended for Exchange 2007 to be spread across servers that were configured according to the appropriate workload. Microsoft continued this trend in Exchange 2010 by moving the MAPI-RPC over TCP endpoint to the CAS role and introducing client access server arrays.

However, these design changes introduced their own problems:

With Exchange 2013, Microsoft has re-mapped its architectural goals to the current state of the hardware market and Exchange 2010 deployment guidelines.

As a result, the Exchange 2013 CAS role has been reborn:

An Exchange 2013 CAS proxies across site boundaries and protocols are more resilient to inter-site network latencies. This means that in some deployments, client access servers will only be required in Internet-facing sites. If you use unified messaging, however, be aware that incoming connections must connect to the unified messaging call routing service on a CAS. They are then redirected to the appropriate mailbox server.

This new architecture is a radical departure from past versions of Exchange Server. By directly addressing the design goals of improved simplicity, scalability and availability, the Exchange 2013 CAS role plays a key part in helping Exchange Server 2013 deliver a better user experience while also simplifying administration.

About the author:
Devin Ganger is a messaging architect and technical writer with more than 15 years of experience in administering messaging systems, Windows, Unix and TCP/IP networks. Today, he works primarily with Exchange Server, Windows Active Directory and related Microsoft and third-party technologies. Ganger was recognized as a Microsoft MVP for Exchange Server from 2007 to 2011.