With Windows Server 2008, you have the option of performing a Windows Server Core installation, which offers you the minimum set of tools required to run Windows.

You are provided with a kernel and a command line to manage the server. It is slim and bare bones and allows you to configure Windows concisely. This type of installation is perfect for the data center, and I am really excited about this feature.

The following eight screen shots walk you through the installation process of Windows Server Core, which takes approximately 10-15 minutes to install. Simply, choose your language, time and currency formats, along with your Keyboard layout (Figure A) and click Install Now (Figure B). 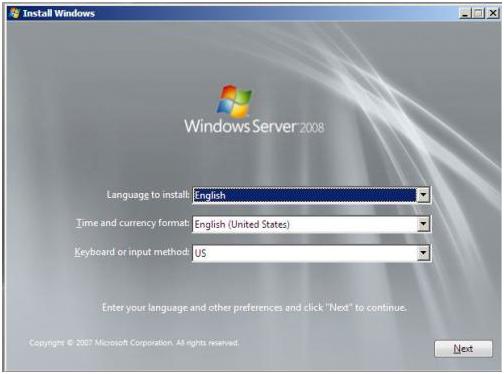 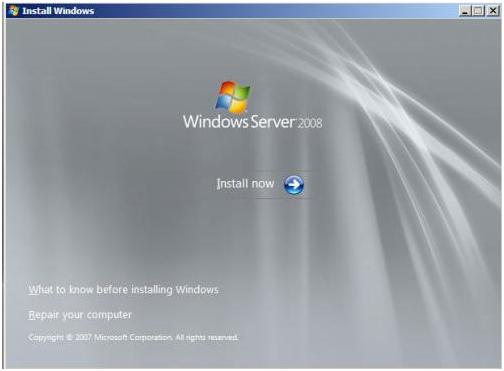 Next, enter your serial number provided by Microsoft or leave it blank to take advantage of the 30-day free trial (Figure C). You are now ready to choose the version of Windows Server 2008 you want to install, as shown in Figure D. 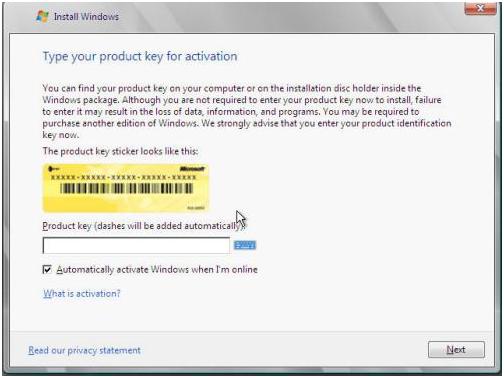 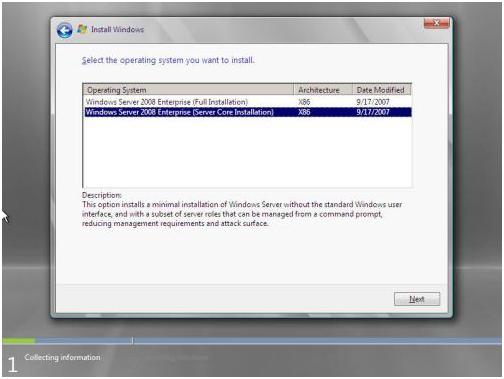 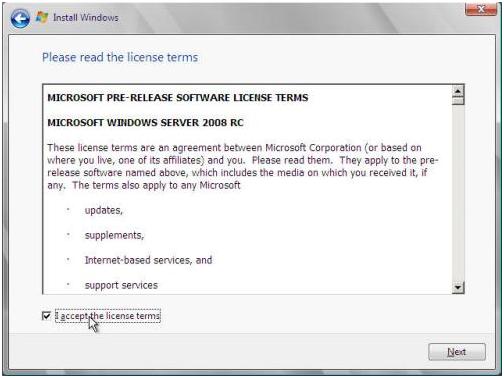 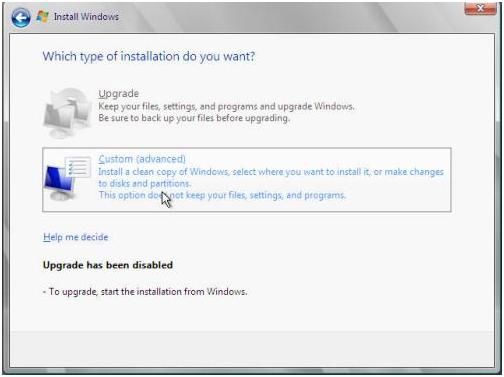 Click Next and your installation will begin (Figures G and H). 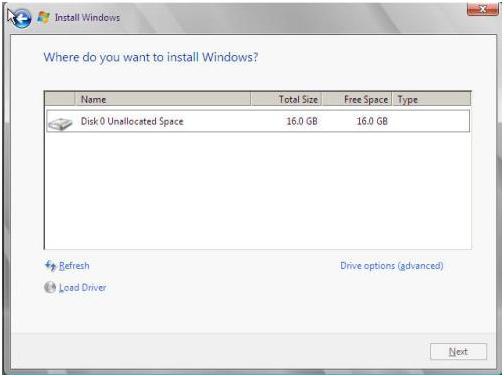 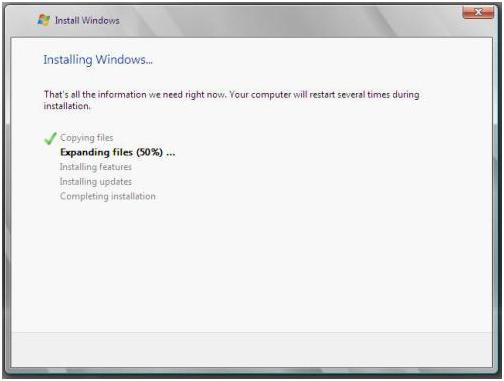 After this, the main window for your new installation appears and you are ready to login, as shown in Figure I. The initial login is Administrator with a blank password (Figure J). You are required to change this and set an Administrator password on initial login. 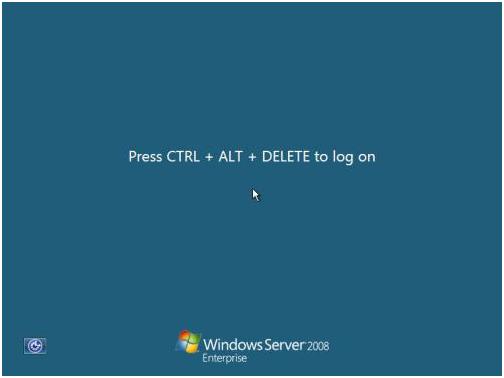 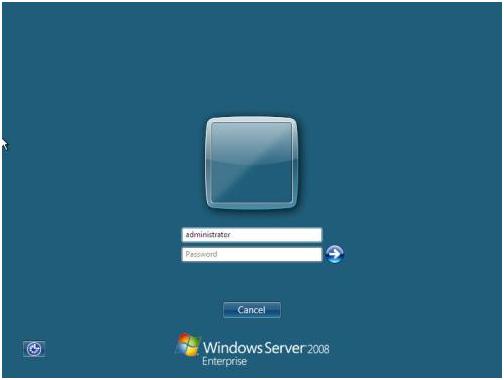 Once you are logged in (Figure K), you are ready to configure the date, time, and time zone. In the command line, type controltimedate.cpl and set the options accordingly (Figure L). 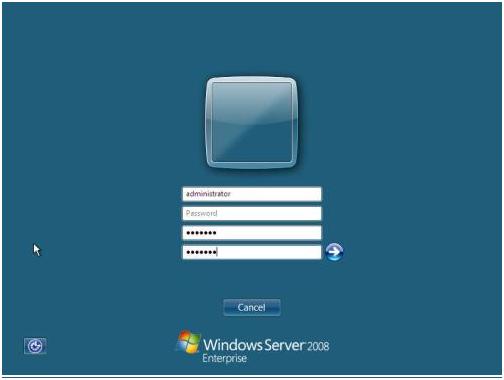 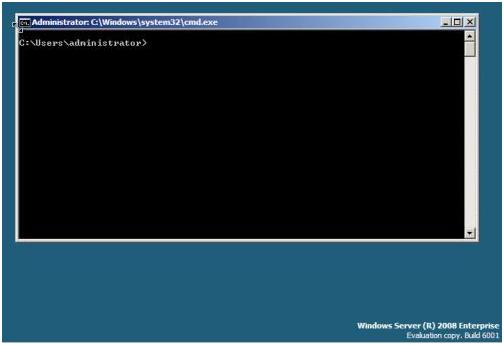 If you need to configure and change the keyboard layout or settings (Figure M), type the following in the command window: 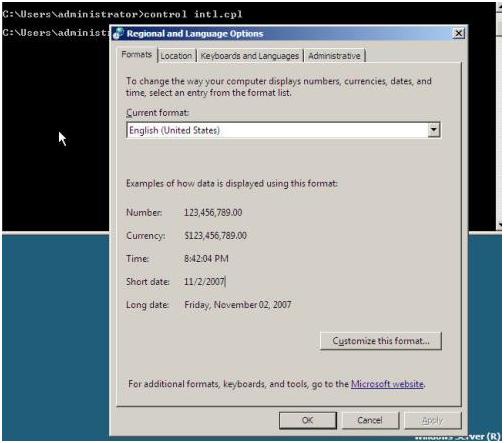 Let's move on and change the server name. The default name is a bunch of random letters and numbers, so you'll want to change the name to a local standard. You can view the current hostname by typing the following:

Now let's use the name ssw-svr15. This option is performed in the command line (Figure O) by typing the following: 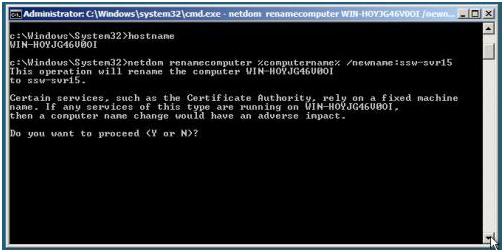 After choosing to proceed, the task completes successfully. You now need to reboot the server using the shutdown command: 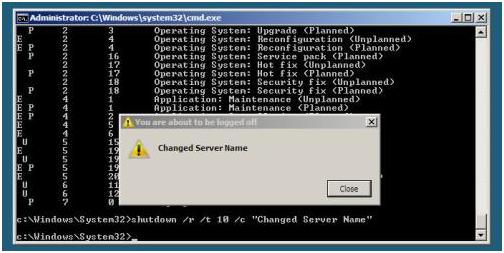 Let's now configure our networking so we can join this server to a domain. In order to see what interface you have to configure (Figure P), type: 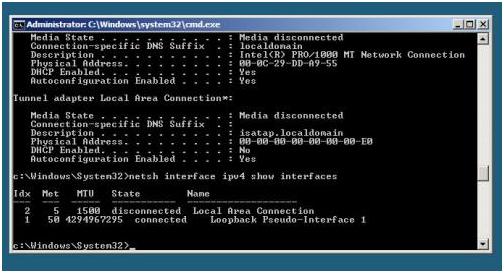 The Local Area Connection that we are going to configure has an index value of two. Let's proceed and configure TCP/IP for this connection (Figure Q). Type the following command to set the TCP/IP information: 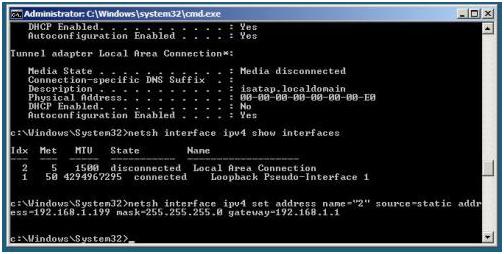 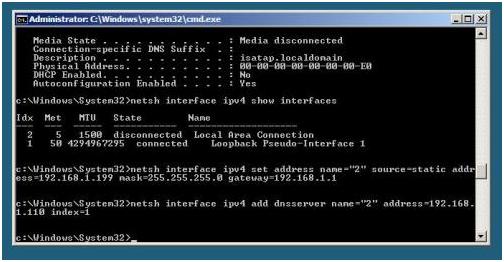 If you type ipconfig /all, you will see the newly added information (Figure S). 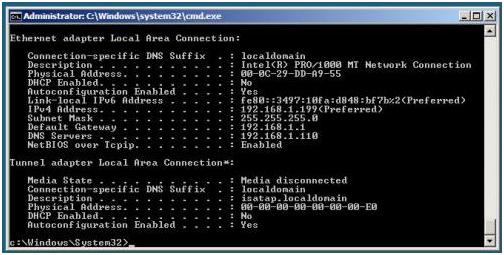 We can now join it to a domain! In order to perform this function, let's take advantage of the netdom.exe (Figure T). The syntax is as follows:

Note: Do not forget to reboot the server using the following command: 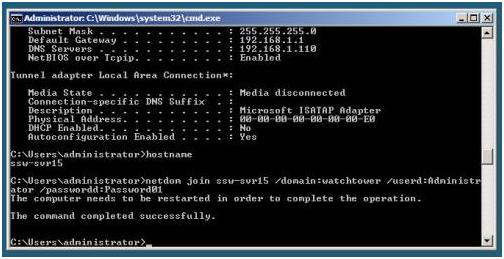 As a final step, don't forget to activate the server (Figure U) by typing the following:

This doesn't even scratch the surface of what you can do with a Windows 2008 Server Core installation, but it should still show you how powerful the command line is with a small Windows kernel. With the popularity of virtualization and server consolidation, having the ability to virtualize a Server Core installation and attach a single role should become very popular within the data center. These beginning steps should get you well on your way to mastering the Windows Server 2008 core configuration.

ABOUT THE AUTHOR
Steven S. Warren, is a freelance writer with a passion for learning. He is the author of The VMware Workstation 5 Handbook and is a Microsoft MVP. When he is not writing, he is spending time with his family and friends. You can also find him on Twitter and LinkedIn.