Microsoft InfoPath 2010 helps organizations streamline business processes and design sophisticated electronic forms. Although InfoPath can be a pretty handy feature, it’s often underused. Even when enterprises do take advantage of its functions, InfoPath isn’t always used as well as it could be.

It’s easy to slap a form together quickly, but a little extra knowledge can go a long way to turn InfoPath into a valuable business tool. Some great benefits of InfoPath include reduced maintenance costs and frustration, content end users, more flexible forms and more comprehensive enterprise solutions.

Some InfoPath best practices include devising a naming convention and sticking to it, building a standard template and creating self-documenting forms. Take them one-by-one until you’ve incorporated them into the blood stream of your daily development cycle and then build upon them over time.

Best Practice #1: Naming and grouping conventions
As with so many SharePoint functions, it’s really easy to create your first InfoPath form. Fire up InfoPath, drag a few controls on the page and publish, and you’ve created your first form. In my opinion, this is an anti-practice, and you should avoid it. Instead, take care to explicitly name both your fields and your groups as shown in Figure 1:

Figure 1: You should always explicitly naming fields and groups.

It’s a simple concept, but it has significant implications, including:

Define a naming convention that, at a minimum, ensures that fields are named according to business purpose. Some developers like to prefix fields with their data type, follow camel or reverse-camel notation -- the specific field naming convention doesn’t matter that much as long as it’s consistent across forms.

Next, follow a convention for naming views on forms. InfoPath typically lists views in its various functions in alphabetical order. On a multi-page form, this can become confusing because InfoPath doesn’t list the individual pages -- implemented as InfoPath views -- in the correct logical sequence. Solve this problem by prefixing views with numbers and letters to force your own sort order. Consider Figure 2:

Figure 2: Here are examples of some typical naming convention for views.

As with field names, the specific convention is not especially important as long as it’s effective for you and your team and applied consistently.

Best Practice #2: Build a standard template
There are some basic elements to every InfoPath form. Recognizing this fact, build a template that includes the following:

Best Practice #3: Self-documenting forms
We often think of forms as a data entry vehicle and nothing else. But, they can be self-documenting in at least the following areas: 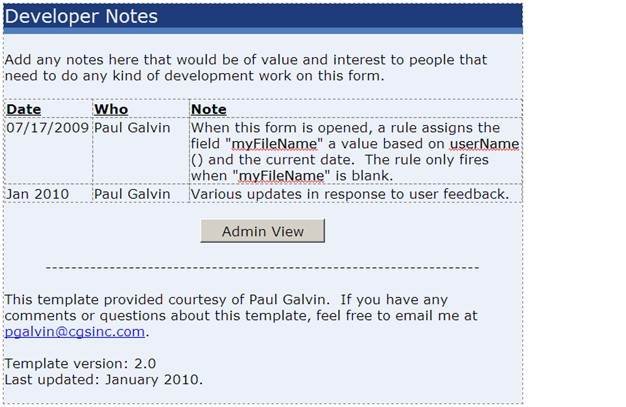 Figure 4: Here's an example of some Developer's notes.

Best Practice #4: The form as database
Any form worth its salt is really the starting point for some kind of business workflow process. Your typical workflow will cause email messages to be sent off for approval and possibly send messages to external systems -- such as ERP or HR -- handle multi-level approval trees with delegation and so on. For these processes to work properly, they need to keep track of business process state. Who approved it? Who is next in line for approval? Did the HR update process succeed or fail?

The form itself can maintain this state information. Add a section to the form’s main data source for this purpose. Your end users won’t normally see these fields, but your back-end automated process can see them and update them as needed. Then, provide a nicely formatted view to show this data, and you have a single consolidated view of everything going on with this form.

The point here is that a form isn’t merely a vehicle for data entry -- it’s also a database for business processes.

Best Practice #5: Use SharePoint security
Take advantage of SharePoint’s security model within your forms. There are a number of scenarios where you might like to show or hide information on the form based on a current user’s group membership -- SharePoint group, AD group or even custom groups via forms based authentication. At first glance, this seems difficult because there isn’t any convenient out-of-the-box feature that allows us to do this.

We can achieve this indirectly, however, by following these simple steps:

At runtime, your form attempts to read the specific row from the list whose title is Admin View. If the user filling out the form has read access to the row, the query will return a non-blank result, and you know the user is an administrator.

Otherwise, they will return a blank result (length = 0) and you know he or she is not an administrator. With this fact established, you can now dynamically hide or disable the Admin view button. Use this technique to secure or dynamically alter the form any time you need to do so based on security group membership.

Using SharePoint can be easy. That’s its weakness as well as its strength. Make the most of the SharePoint platform by instituting some best practices that will make users happy and senior management even happier.

ABOUT THE AUTHOR
Paul Galvin is a SharePoint MVP and co-founder of Arcovis, a SharePoint consulting organization providing services to clients in the New York metro area. Galvin has worked in the IT industry for more than 15 years in areas such as software development, consulting and SharePoint solutions design, where he works with clients to create business solutions using the SharePoint platform. He contributes to the SharePoint community through MSDN forums and his blog at http://paulgalvin.spaces.live.com.

Article 2 of 3Next Article

Learn if PowerApps can be InfoPath's successor

Access to all of our back issues
2012
View All