So you’ve decided that Exchange Server 2010 is the way to go? After you’ve done all your homework and reviewed...

the prerequisites of moving completely off of Exchange 2003 and onto Exchange 2010, this tutorial will guide you through the migration process in just 12 steps. Sound impossible? Roll up your sleeves and find out.

These 12 steps are intended to be a general guide of the order you’ll need to follow in your upgrade project. It’s likely there will be some tasks specific to your organization, and some steps may require additional work. Keep in mind that this tip assumes that you will move completely off of Exchange 2003 and will not run the server in coexistence with Exchange 2010.

Step 1. Verify you have met the prerequisites
Before you can begin deploying Exchange 2010, you must meet a number of prerequisites. Most of these requirements are associated with preparing Active Directory for the upgrade, but there are also some server-level requirements. You should verify that the following criteria have been met: 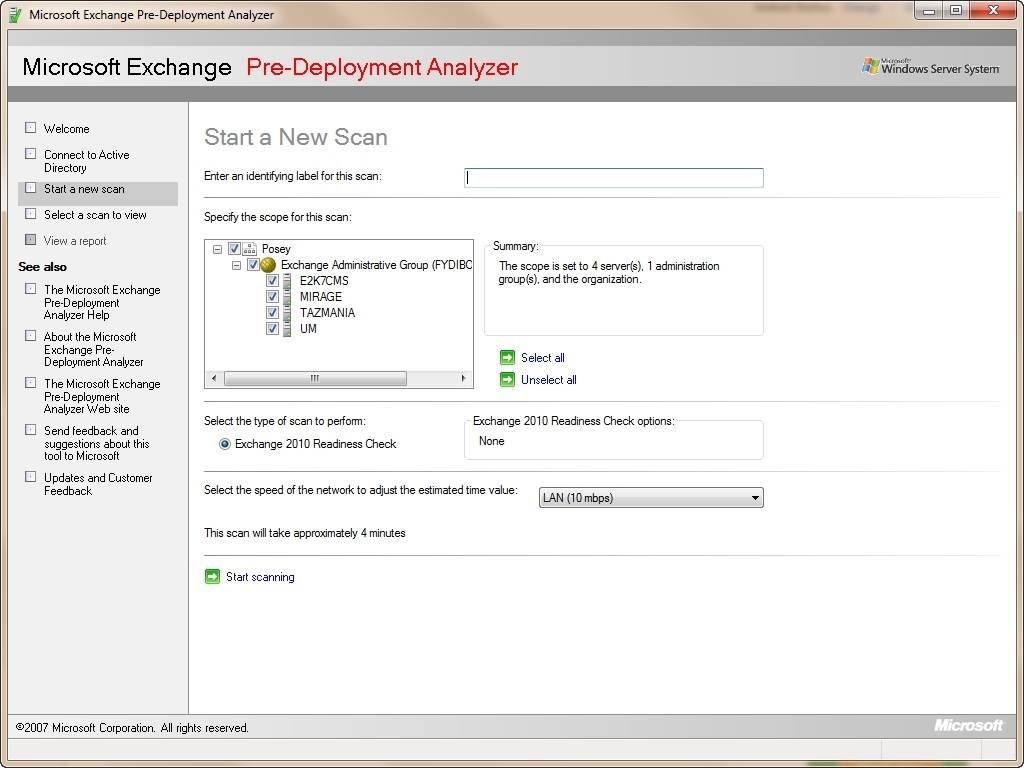 Figure 1. Though optional, running the Exchange Pre-Deployment Analyzer is a smart choice prior to deploying Exchange 2010.

Step 3. Deploy the Exchange 2010 client access role
Exchange Server 2010 uses five different server roles -- client access server, hub transport server, edge transport server, mailbox server and unified messaging server. Of these, you must install the client access server (CAS) role first. In some cases, the CAS may run on the same server as other Exchange Server roles. If this is the case, deploying all of the roles onto that server at the same time is acceptable. Microsoft has some basic instructions for deploying the CAS and other Exchange 2010 roles on TechNet.

Step 4. Install digital certificates
If you plan to use any of the external connectivity features associated with Exchange Server 2010, such as Outlook Web App (OWA), Outlook Anywhere or ActiveSync, you’ll need to provide the CAS with X.509 certificates that it can use for SSL (Secure Sockets Layer) encryption. Exchange 2010 is equipped with self-signed certificates, but these certificates are generally unsuitable for use in a production environment.

Step 5. Configure virtual directory settings
At this point, you’ve installed the client access server and assigned trusted certificate authorities to it for any ancillary applications. You should now provide Exchange 2010 with any external URLs for virtual directories that will reside on the CAS.

To do so, open the Exchange Management Console (EMC) and navigate to Server Configuration | Client Access. You’ll see a series of tabs that correspond to applications such as OWA and Exchange ActiveSync (Figure 2). Choose the tab that corresponds with the Web service you want to configure, right click on the virtual directory and select Properties from the menu. EMS will open a dialog box that lets you set internal and external URLs for the selected Web service. 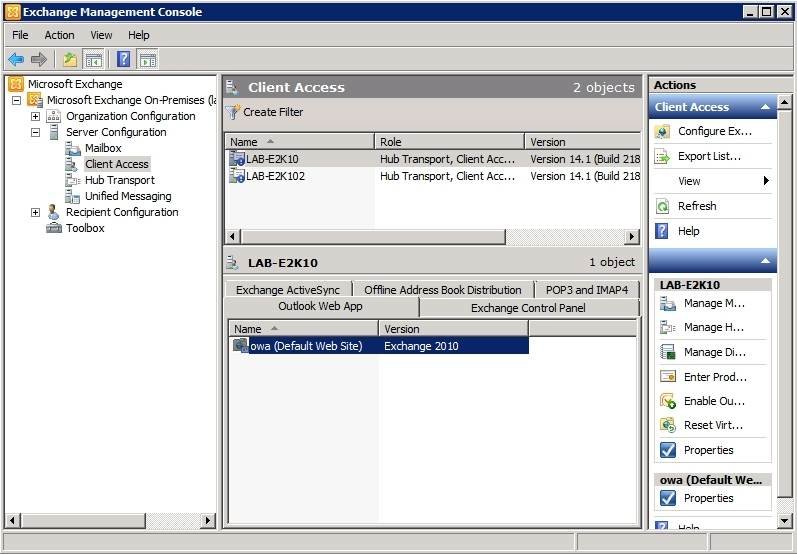 Figure 2. Configure the Web services you'll be using in the Exchange Management Console.

Performance can suffer if multiple roles are installed on a single server unless that server has adequate hardware resources to efficiently handle them. There is no direct security threat associated with combining server roles, but operating single roles can result in a smaller attack surface.

Microsoft changed storage requirements with Exchange 2010. All previous versions of Exchange used single instance storage (SIS), meaning that even if a message was sent to 100 recipients, the server would only store it once within the database. In Exchange 2010, however, a separate copy of the message is stored for each recipient. As such, mailboxes likely will consume more disk space after you’ve moved them to Exchange 2010. Microsoft’s Mailbox Server Role Requirement Calculator features a tool that calculates the amount of storage space you’ll need.

After installing the mailbox server role, you need to configure your architecture so that OAB generation occurs on an Exchange 2010 server. To do so, open EMC and navigate to Organization Configuration | Mailbox and select the Offline Address Book tab. Next, right click on the OAB and choose Properties from the menu to display OAB’s properties sheet. Go to the Distribution tab and select Enable Web Based Distribution and Enable Public Folder Distribution check boxes, as shown in Figure 3. 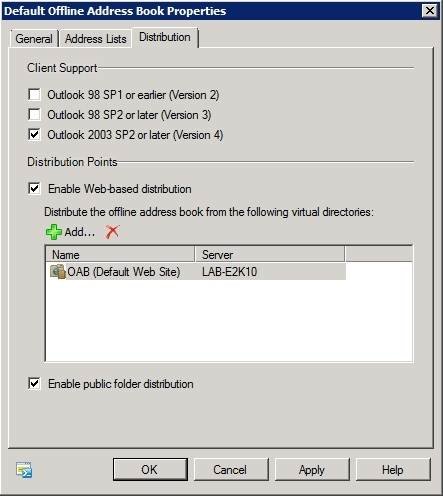 Figure 3. Configure your architecture so that OAB generation occurs on an Exchange 2010 server.

Click OK to return to the main console screen. Next, click the Move link located under the Actions pane and follow the prompts to move the OAB generation process to an Exchange 2010 server.

The migration deployment tool asks a series of questions about your existing Exchange Server deployment and details about your upgrade goals. Once you answer these questions, the tool provides a step-by-step checklist that’s customized to your specific Exchange architecture and migration plan. You can follow the list during the entire upgrade project.

Start by opening the EMC and navigate to Recipient Configuration | Mailbox. Select all of the mailboxes you want to move and click on the New Local Move Request link found under the Actions pane. A wizard will launch asking you where you want to move the mailboxes to and how you want to deal with corrupt mailbox data. Follow the prompts to complete the move request.

Step 11. Exchange public folder migration
Next, you’ll want to move public folders from Exchange Server 2003 to the Exchange 2010 mailbox server. Luckily, this process is quite easy.

Open the EMC and select the Public Folder Management Console option from the Toolbox. When the console opens, expand the Default Public Folders container and right-click on the public folder that you want to move. Then select the Properties command. When the folder’s properties sheet opens, go to the Replication tab and add your Exchange 2010 folder as a public folder replica, then click OK. After public folder data replication is complete, go back to the folder’s properties sheet and remove all of the replicas except for your Exchange 2010 server.

Step 12. Completing the upgrade to Exchange Server 2010
After you’ve migrated all data to Exchange Server 2010, you can complete the upgrade process. To do so, you’ll need to perform a few small tasks like entering a product key and enabling Outlook Anywhere. More important, though, you must remove all Exchange 2003 servers from your Exchange organization. Removing Exchange 2003 is fairly simple and requires that you verify that you’ve moved all resources to new Exchange 2010 servers. You must then use Exchange Control Panel’s Add / Remove Programs applet to uninstall Exchange.