Free tools belong in every IT manager's toolbox. Some of the most consistently useful and powerful tools don't cost a dime, and they solve very specific problems that crop up with regularity.

I've compiled a list of seven free-to-use or open-source tools that every IT manager should keep handy; either on flash drives or installed on the machines you’re administering (though many of them do not need to be installed to run).

1. Process Explorer (free to use)

Few other free Windows tools are as necessary and thoroughly useful as Process Explorer. Devised by longtime Windows guru Mark Russinovich as a replacement for the standard Task Manager that comes with Windows, Process  Explorer enumerates each running process in a system. It doesn’t just tabulate running applications but services, .dlls loaded by processes, strings within a process image and much more. Many folks, myself included, install it as a full-time replacement for Task Manager, but you can run it without installing it if you like.

Process Explorer wins over many converts because of the sheer amount of information it exposes and the way it is presented. It uses ray graphs or pop-up windows to display CPU, memory and I/O utilization. The columns of data displayed in the program can be saved and re-loaded, which is handy if you need different views for different jobs. Just about every aspect of the presentation, such as which highlight colors represent particular processes, can be customized. And the more you dig, the more handy features you'll find. For instance, you can use the target icon to drag and drop onto a window to view its process properties.

Process Explorer isn’t just a systems information tool; it’s also an invaluable troubleshooting ally. Russinovich has posted a number of case studies, some summarized in a video presentation, where Process Explorer -- along with other Russinovich tools -- were a major part of figuring out what went wrong with a system and why. There are many other applications in the Sysinternals catalog, but this is the one to start with and the best one to have at your immediate disposal.

Figure 1. Keep a copy of Process Explorer handy on any machine you administer, desktop or server.

The Blue Screen of Death (BSOD) is every Windows admin’s least favorite sight. Besides being a sign that something is wrong with your system, it doesn’t even help you figure out what went wrong. It presents very little useful information; you have to copy everything down by hand (though my trick was always to take a picture of the screen), and you still have to reboot and retrace your steps.

A few tools have come and gone to make BSOD post-mortem work much easier, but the most direct and useful of the bunch is NirSoft’s BlueScreenView. After it launches, it lists all of the crash dump files currently found in the system. You also have the option to manually load dump files from a specified folder or poll a list of remote computers by name for a dump file.

Select a dump file and you’ll see a list of the files referenced in the dump with drivers noted in the crash stack highlighted in red. If you have a copy of DUMPCHK installed, you can run it on one of the dumps directly through the program and view the output in the lower pane. You can also export the information revealed through the program into a variety of text formats for offline analysis or archiving. 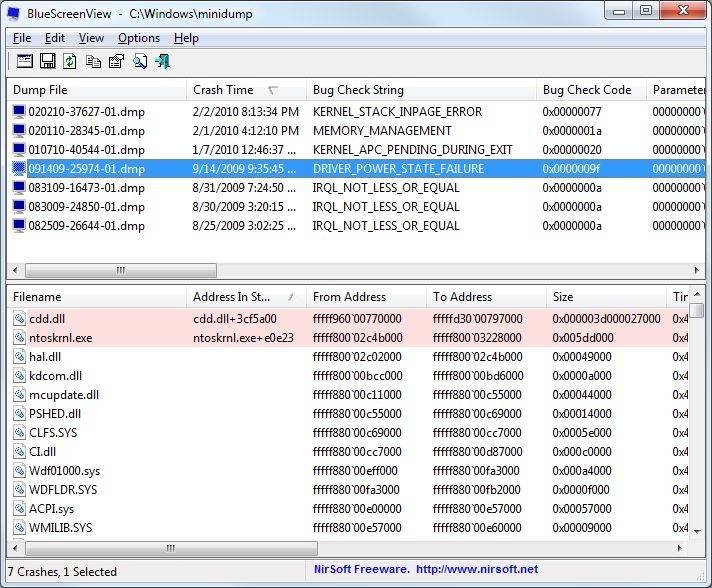 All IT and Windows managers worth their salt need at least one archive manager, and for me, 7-Zip is at the top of the list. It’s open source, so it’s free to use in just about every setting. It’s available in both 32- and 64-bit editions, and there’s almost nothing it can’t open.

Except for maybe Mac StuffIt archives, 7-Zip handles almost every known archive format: .cab archives, .iso images, .vhds and most Unix-format archive (.tar, .gz). I particularly enjoy being able to unpack .isos, since it lets me pop individual files or folders out of an .iso image without needing another utility to mount the image.

It also creates self-extracting archives and supports AES-256 encryption on 7-Zip and .zip archives. Additionally, it comes with a command-line version for easy integration into scripts and third-party packages. One problem: It doesn’t always handle repairing broken archives properly, but this is rarely an issue.

I don’t often use the native 7-Zip archive format (I tend to stick with generic .zip files), but it does yield consistently excellent compression with most every data type, even if you're only running it with its default settings. 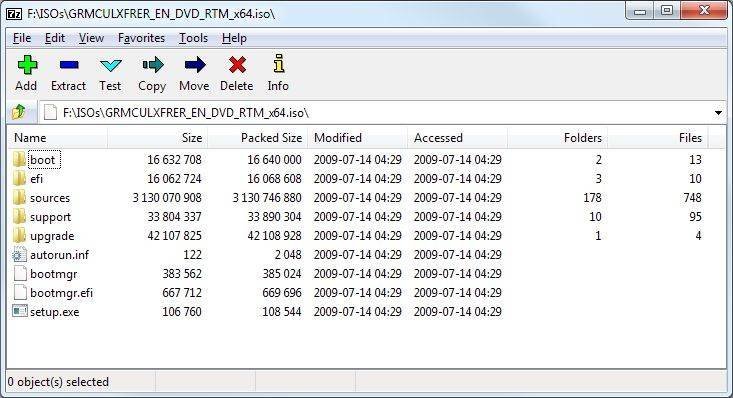 Figure 3. 7-Zip can open just about any archive in existence, including .isos, which aren’t typically thought of as archives.

If you're like me, you frequently run into this problem: You have something stored on an external drive or DVD, and you have no idea which one it’s on. At this point, you have two choices: manually search every single piece of media you own or use a third-party tool to sort through the mess for you.

Virtual Volumes View (VVV) is a simple, yet incredibly effective program that catalogs the contents of drives. It doesn’t matter what you're scanning, as long as it can be assigned a drive letter. Once a drive is scanned, the names on that drive are stored in a local database that you can search without having to mount that drive. You can browse each disc individually or search all the scanned discs by keywords and basic Boolean logic.

Catalogs created with VVV can be used across multiple platforms, since versions of the application exist for Windows, Linux and Apple's OS X. This makes VVV even more valuable in mixed environments, since you can also share catalogs with users across networks.

Note: VVV doesn’t search the contents of files, just file names. The one exception to this rule is .mp3 metadata, which is useful if you’re hunting for files with auto-generated (or nondescriptive) filenames, that have been tagged with metadata.

An all-too-common problem most IT admins face is trying to figure out where all the space on a given volume went. Space often disappears silently, gobbled up by ever-expanding log files or temporary directories. WinDirStat is the tool I use to fight that problem.

The program scans one or more volumes and generates a diagram called a treemap that indicates which directories are consuming the most space. One glance and you’ll be able to discern which directories are the most crowded, which large individual files are needlessly devouring space, and what types of files constitute the biggest space-eaters. From there, you can open instances of Windows Explorer into directories you want to prune. You can also remove files and folders from within the program if you so desire. 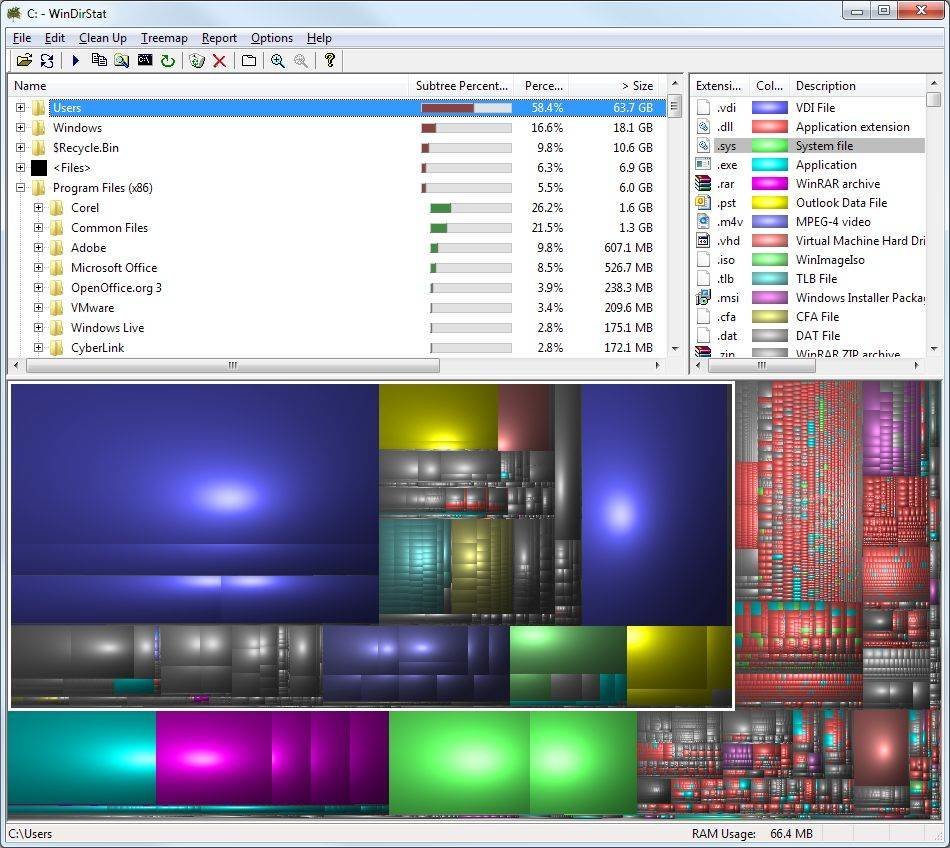 Figure 5. WinDirStat gives you a top-down view of the space consumed on any one volume.

A common source of IT drudgery is renaming a large amount of files en masse. You can write scripts to do this job, but it’s far easier to use a program specifically designed for the job. The Ant Renamer tool helps with this task and was written with all sorts of file-renaming jobs in mind.

After you select files or folders -- either through the Add Files dialog box or through dragging and dropping -- you can perform a number of different rename actions. Some are simple: changing the case or extension of a filename, adding a string at a certain point in the filename, replacing or deleting text, and applying regular expressions. Some are more advanced: auto-generating filenames based on times and dates, creating random names, deriving names based on file metadata and more. You can preview the results before applying, and you can save and load sets of actions for later use. 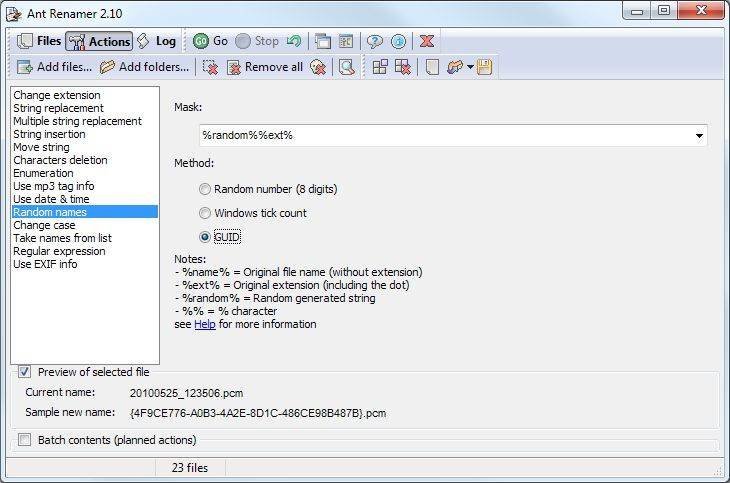 IT personnel are often pressed into recording walkthroughs or demos for their users, which are then distributed as video files. A number of commercial programs for live screen capture exist, but a basic, no-nonsense version that doesn’t cost a dime is CamStudio.

CamStudio can record an entire screen or just a portion of one. Audio can simultaneously be recorded from the speakers or a microphone, allowing you to provide running commentary on whatever you’re capturing.

The end results can be exported to an .avi file or Flash movie that you can distribute as-is or embedded in a Web page. Be sure to check out the well-trafficked support forum for help and guidance.

Note: Performance of the program will vary depending on which codec you use for video capture, but the authors have included their own free lossless codec that does a decent job on late-model PCs. 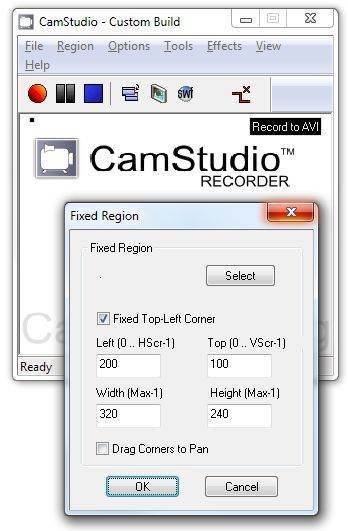 Figure 7. CamStudio lets you record an entire screen, a fixed region or a rectangle that moves with the cursor.

ABOUT THE AUTHOR:
Serdar Yegulalp has been writing about computers and IT for more than 15 years for a variety of publications, including SearchWinIT.com,SearchExchange.com, InformationWeek andWindowsmagazine.