Microsoft's Hyper-V is the second most popular hypervisor in the modern data center. It is feature rich and battle...

tested. It is a powerful and capable alternative to its rivals. Unfortunately, the primary management suite, Microsoft's System Center, isn't for everyone. Fortunately, alternative Hyper-V management tools do exist.

Usually, managing Hyper-V means organizations buy a copy of Windows Server instead of using the "free" hypervisor-only version. Microsoft said using Hyper-V Server or Windows Core is the "correct" way to deploy Hyper-V, but most organizations deploy a full-fat Windows Server with GUI. They do this to manage Hyper-V servers using the built-in GUI management console via Remote Desktop Services (RDS).

Microsoft doesn't advise this. In many cases even the sys admins who set things up this way don't advise this. They do it because it is simple, convenient and cost-effective. System Center is not easy to install, use or maintain. So what are the options for other Hyper-V management tools?

As previously mentioned, Hyper-V can be managed using the built-in Hyper-V Manager on a server, either physically from the server or using RDS.

Multiple Hyper-V servers can also be managed from the Server Manager in Windows Server 2012 or later, or with the RSAT remote server management suite. RSAT is married to the generation of Windows. Don't expect to manage Hyper-V 2012 from Windows 7 and get full functionality; be prepared to buy into Windows 8. To manage Windows Server 2016's Hyper-V, be prepared to downgrade to Windows 10.

PowerShell, of course, is a very popular way of managing Hyper-V for the command-line inclined or those who like their scripts. PowerShell is a great way to run anything in Microsoft's world, especially when doing things at scale.

The Azure Pack is a popular alternative to System Center. For me, it is the closest thing Microsoft has to a usable interface for managing a data center's worth of servers and beats System Center hands down.

But, when Microsoft fails to deliver, other companies and even open source developers will step into the gap. There are a number of third-party tools that have gained popularity among the small business and enthusiast market. While I wouldn't run a 1,000-server data center on any of them, I have run 50-node deployments on many of them and felt life was easier for it. New tools are constantly added, however, and the quality has improved over the years.

PowerShell Hyper-V Manager (PSHVM) is free for personal and commercial use, but has not updated since August 2013. There are two versions: PSHVM standalone version 3.0 and an integrated PSHVM 3.0 with Corefig 1.1. ProHVM supports Server 2008 R2 through Server 2012 R2.

The VT Technology Management Utilities for Hyper-V (vtUtilities) is $119.99 USD per host; vtUtilities provides a local GUI to manage Hyper-V and supports Server 2008 R2 through Server 2012 R2. It is a reasonable offering and worth the price.

Probus-IT Hyper-V Manager (ProHVM) can be thought of as a grown-up, commercial version of PSHVM. ProHVM standard is free for personal and commercial use. The professional version -- with support for advanced features -- is $67 per host.

As any Hyper-V administrator knows, Hyper-V server does not come out of its initial install ready to be remotely managed. Hyper-V Remote Management Configuration Utility (HVRemote) is a free application to enable remote management of Hyper-V down to a few simple commands. While HVRemote supports Server 2008 through Server 2012 R2, there are no plans to extend support to Windows Server 2016. This is a shame, as HVRemote made life easier for many of us for several years.

HyperV_Mon is a free monitoring tool for Hyper-V. It has evolved into a modest management interface but can be thought of as a hypervisor-aware task manager. It supports all versions of Hyper-V from Windows Server 2008 R2 up to Windows Server 2016.

5Nine Manager is a crowd favorite. While it is the most expensive option -- $359 for 2 CPUs -- it has a cult following for good reason. It has broad platform support, excellent support from the developer and a massive user community. Though it is a little pricey, I have found it worth the money. I prefer it to System Center and find that it is more than capable of running larger deployments.

Be aware of limitations in Hyper-V Recovery Manager

Is Windows Server with Hyper-V worth it? 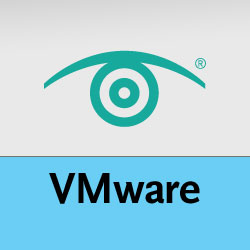 ensaske - 28 Aug 2016 3:35 PM
Hello there, didn't know about all this. In my work we started to use windows server 2012 with Hyper V to manage some servers: Mail, DNS, domain, and some others for applications that runs on linux.

We used to use many physicals servers for a simple task, and one with everything for small companies. Hyper v was the perfect solution for scaling with new or growing companies. We learned so many things in the bad way, and now thanks to you I have learned more.

I'll follow your work Trevor. By the way, I'm Grégor (sounds like your name jeje) Greetings from Caracas, Venezuela.