Ever since Windows 2000 was introduced over a decade ago, Microsoft has provided two valuable sources for diagnostic and troubleshooting: the Windows Support Tools and the Windows Resource Kit Tools.

Over time, some of these tools were added straight to the Windows operating system. For example, Gpresult.exe -- an invaluable tool for exposing Group Policy settings applied to any client or server -- was added beginning with Windows Server 2003. In Windows 2000, Gpresult had to be taken from Support Tools and copied to the client, which was very inconvenient.

MPS Reports raises the bar
Microsoft upped the ante by releasing Microsoft Product Support (MPS) Reports many years ago -- a set of scripts that executes a series of support tools and other commands for specific diagnostics. For instance, there was a set for Active Directory that would collect event logs and run tools like Dcdiag, Netdiag , Gpresult, Repadmin and Gpotool. Other versions included Networking, Exchange and SQL Server. This tool has morphed into a single download that, when run, offers a set of choices: 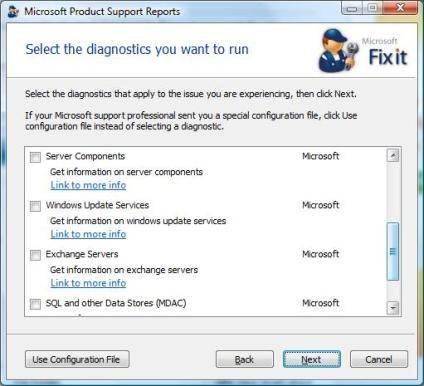 It then gathers diagnostics and presents a set of reports. The menu shown in Figure 1 also has a “Link to more info” option that will list all the diagnostics to be run. Note that the Active Directory stuff is in the Server Components option. These reports are outputs that could be gathered by running the various support tools individually. The advantages here are many: 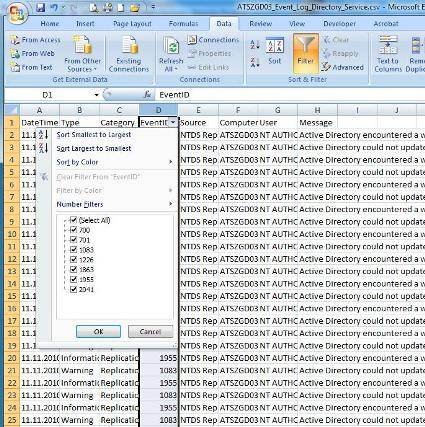 MPS Reports can be downloaded for either x64 or x86 systems. As good as it is, however, I still have a few complaints:

Build your own reporting tool
It is possible to author your own version of MPS Reports. I have a colleague named Joe Turton who authored an internal company tool called HPS Reports that is light years beyond MPS Reports in functionality and speed, and doesn’t have any prerequisites other than normal stuff like Windows Management Instrumentation (WMI). In addition, every time I find some bit of information I want to add, I just send Joe an email and he implements it. I’m not trying to sell HPS Reports (it isn’t for sale), I’m just pointing out that a talented developer can do what Microsoft did and create his or her own version of MPS Reports to be customized for their needs.

The table below shows the distribution of these tools in Windows Server 2003. The Windows column indicates the tool is available natively in the OS. The Support Tools column signifies the 2003 Support Tools on the server CD, and ResKit Tools are the Resource Kit Tools that were available separately in Windows 2000 and 2003. They have now all morphed into a single download.

Table 2 shows the availability of these tools in Windows Server 2008, whether it be natively in Windows, by installing the domain tools (part of the Remote Administration Tools feature installation) on a non-DC, or on a DC. Note that installing the tools on a non-DC has all the command line options, but they don’t show up in the Server Manager GUI. For instance, to get the Active Directory Users and Computers (ADUC) snap-in you can still run dsa.msc from a command line.

Windows Server 2008 R2 has the same availability as Windows 2008 except there is no version of Netdiag that works. Admittedly, I did not test all of the tools, so there may be some others that will fail in R2. All the tools I did test worked just fine though.

Note that the Dsa.msc (ADUC snap-in), Adsiedit.msc, Dssite.msc (sites and services snap-in), Dnscmd.exe, Dnsmgmt.msc (DNS snap in), Dfsutil and Ntfrsutil commands all work on every version of Windows. While Dnscmd and Dnsmgmt are installed with DNS and dfsutil is installed with DFS, they can also be run from the Support Tools installation without the need to install DNS or DFS.

Overall I was pleased with the availability of the key Support Tools for Windows Server 2008 and R2 even if there isn’t an official Windows 2008 version of them. Still, I am disappointed to lose Netdom, Nltest and Netdiag in R2.