Previously, we looked at the installation process for Microsoft's Cluster Configuration Validation Wizard (ClusPrep) and learned how to run tests to determine proper cluster configuration. This article will focus on the last two phases of ClusPrep – inventory collection and cluster validation.

ClusPrep collects a variety of hardware inventory items, including processor, BIOS, memory, host bus adapters and network controllers. It also collects information on software items, such as system device drivers, processes and services. Reading through the report, you are able to identify any discrepancies between the servers. The table below enumerates the various inventory items that are collected.

Figure D shows an example of an inventory report for the System Drivers. Each server will have its own list so you can scan for any differences. 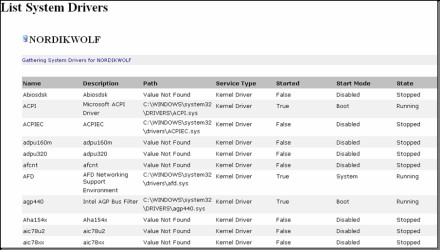 By default, ClusPrep collects all of the inventory items listed in the above table. It is possible, however, to override this behavior by specifying which items to collect when the wizard is run. See Figure E for dialogs to customize collections and tests. 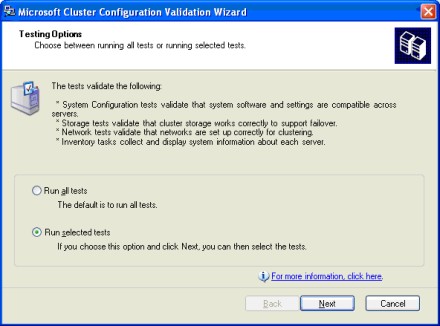 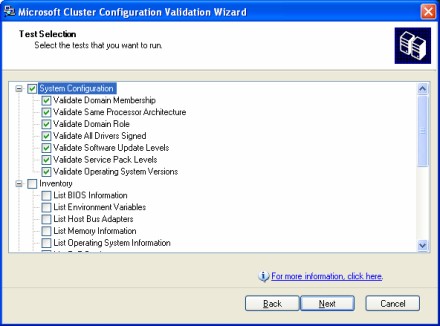 The storage tests validate the functionality required for shared disks such as SCSI reserve and release, bus resets and disk arbitration. The wizard will prompt you to present and unpresent the LUNs at appropriate times to avoid any data corruption. The ClusPrep.sys driver is loaded on the servers to perform failover tests. The following table lists all of the network and storage tests that are run.

ClusPrep is a simple, yet powerful tool for determining if servers are configured in a suitable fashion for clustering. It performs a variety of system, network and storage tests aimed at identifying inconsistencies and invalid configurations. In addition to the tests, ClusPrep collects hardware and software inventories that you can use for comparisons between servers and for baseline information. An HTML report is generated that correlates the inventories and tests among multiple servers flagging any discrepancies or invalid configurations.