Anyone who has been around Active Directory for any length of time in the past seven years is aware that the lion's...

share of AD problems are to some degree caused by replication failures. One of the most notorious replication errors is the Event ID 1311, whose description says:

In an attempt to help resolve these errors, Microsoft created KB 307593, How to troubleshoot Event ID 1311 messages on a Windows 2000 domain. While it is a decent article, it is woefully outdated, even though the last review is dated October 2006. It is definitely stuck in the Windows 2000 era, with a lot of space devoted to a previously fixed error in one of the repadmin functions (called "showism").

Here, I'll sift the wheat from the chaff for you and give you a concise list of causes and solutions for this event. In a nutshell, this event is caused by one of the following general reasons:

The first step in resolving this replication error is to determine the scope of the error. The easiest way to do this is with the Repadmin/Replsum command as I explained in a previous article, Use command line tools to monitor Active Directory. This will give you a complete summary of all the DCs in the forest, including the relevant event ID if it is in an error state. The general form of the command is this:

Here is a sample output of this command. Note that there are four domain controllers failing replication. While the 1311 may not show up here, it is common for it to be paired up with the 1722 event (which basically means no physical connectivity). This command will allow us to focus on the four servers logging errors rather than all DCs in the domain or forest.

Obviously, if there is a network failure, replication isn't going to happen. The first thing to do is to check the general health of the domain using the Repadmin /replsum command just described. You can also ping broken DCs by address and FQDN, and you can run NetDiag and DCDiag commands from the command line (with the /v switch on each). This will give you more details about the errors and perhaps related ones.

The network connecting all the sites should be fully routed. Don't create a site link if there is no underlying network link to get between the sites in the site link.

This is a bit more difficult to diagnose. It means, bottom line, that something in the AD site topology configuration is wrong, creating a hole in the topology. This could be solved by one of the following actions:

In one case, a global catalog server was demoted, but an impatient administrator wanted to "clean up" the Active Directory, so he shortened the tombstonelifetime value and then forced garbage collection. Unfortunately, he did that before the deletion of the global catalog (GC) server was completed to all DCs and GCs in the forest. We saw 1311 events along with a host of others stating that Active Directory was trying to replicate an object that had no parent, but it didn't identify the parent. The deletion process deleted the parent object but not the child. We turned on verbose logging and finally identified the GUID of the problem object. Using the LDP.exe tool, we were able to delete that object and stop the 1311 events.

Since AD replication relies on DNS name resolution to find DCs to replicate with, if DNS is broken, it could cause the 1311 events to occur. The helpful thing here is that if DNS is the culprit, the 1311 event will have the phrase "DNS Lookup Failure" included in the description. If you see this phrase, then you absolutely, positively have a DNS problem that must be fixed. I've never seen this error turn out to be bogus. Note that this will not necessarily log an event in the DNS log, and you will see it in other events as well. Remember that just because there are no significant errors in the DNS event log, it doesn't mean DNS is healthy.

When debugging 1311 events, you should get a scope of the entire forest to see which DCs are not replicating. You can do this easily using the Repadmin /Replsum command as described in this article. Note that the loss of physical connectivity, an incomplete AD site topology or DNS failure usually cause these events, with an outside chance it will be an orphaned object. Usually, other events will accompany them, such as the 1722 (RPC Server Unavailable), or the event will contain a descriptive statement such as "DNS Lookup Failure." This is a critical event that must be resolved in order for Active Directory replication to function properly to all DCs. 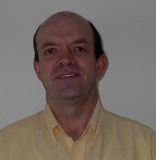