In previous versions of Windows Server software, failover clustering wasn't always up to the task, whether it was...

a restriction on the number of servers or file sharing constrained by only allowing one node at a time to have direct access to a disk.

Traditional file sharing on a Windows failover cluster uses four different cluster resources: an IP address and network name for the virtual server, a physical disk to store the files and an SMB share to provide users with a connection point. Prior to Windows Server 2012, only one node in the cluster could access the disk associated with the virtual file server and the SMB file share. This limited the potential I/O throughput in the cluster to just one node when accessing files shares on that volume.

In Windows Server 2012, failover clustering can be configured with the scale-out file server role to provide continuous availability of SMB-based file shares. This allows multiple nodes to have simultaneous high speed direct I/O access to disks associated with SMB shares on cluster shared volumes. Load balancing across the cluster is achieved with a new cluster resource called the Distributed Network Name (DNN), which uses a round robin scheduling algorithm to select the next node in the cluster for SMB connections.

Scale-out file servers also leverage CSVs to store the SMB shares. As new disks are added to the CSV, they can be associated with different SMB shares to further balance the workload across the cluster nodes. Hyper-V and SQL Server 2012 can also benefit from scale-out file servers by storing VHDs and databases on SMB-based file shares providing continuous availability. 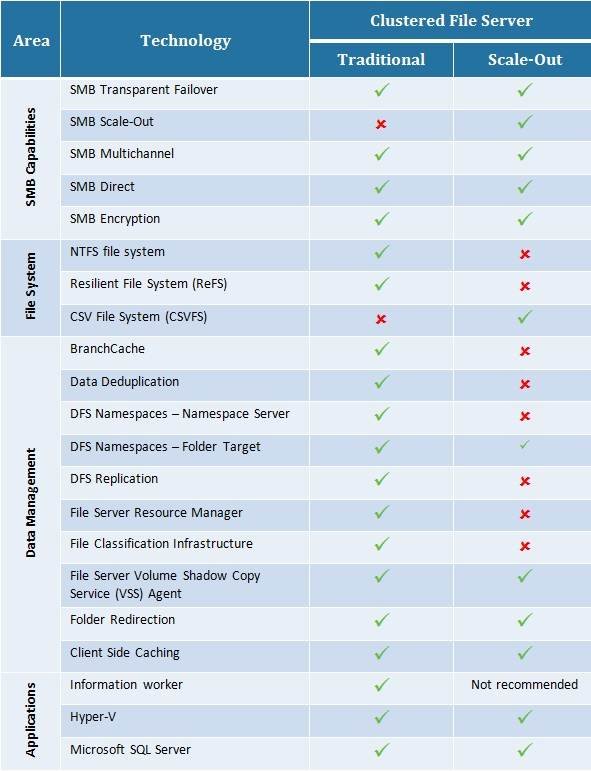 It is possible to optimize CSVs for read-intensive applications by enabling the CSV Read Cache. This can be accomplished by using two configuration settings, SharedVolumeBlockCacheSizeInMB and CsvEnableBlockCache. The first setting is used to control the size of the cache in megabytes of RAM that buffer read requests, and the second enables a per disk private read cache to optimize particular volumes. You can use the following PowerShell cmdlets to enable and set the read cache:

Now that you are familiar with scale-out file servers, here is my seven-step recipe for implementing them on a new Windows Server 2012 failover cluster. 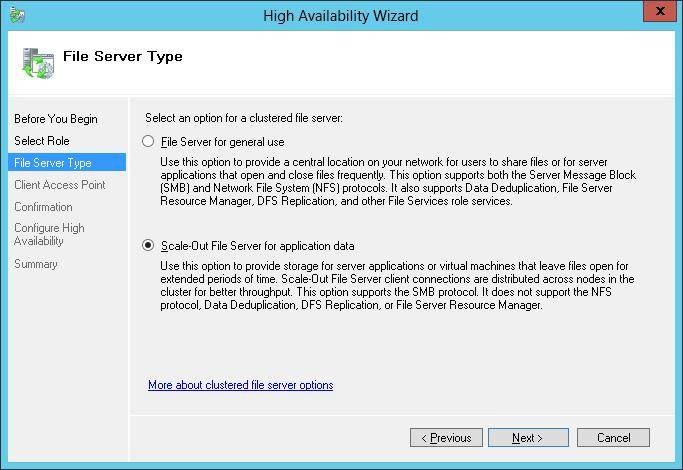 During the configuration of the File Server in step six, be sure to select the scale-out file server when choosing the type of file server, as seen in figure 2. 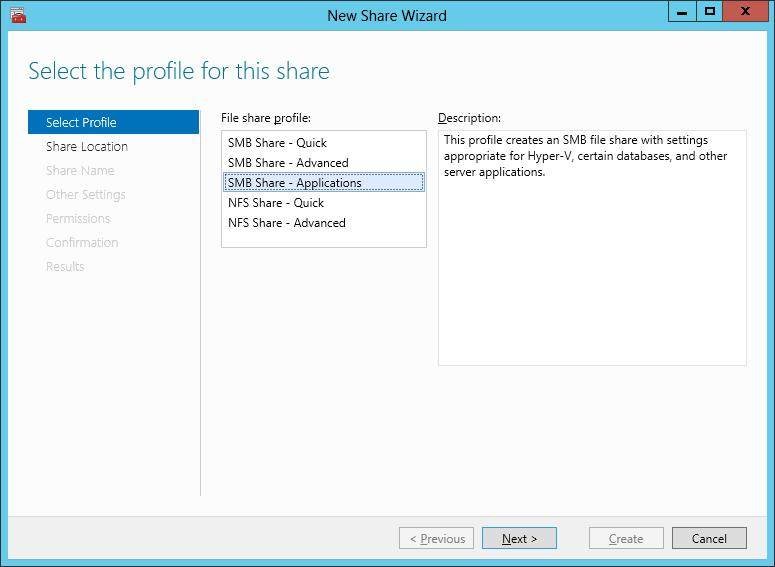