Browse Sections
This content is part of the Essential Guide: The essential guide to PowerShell in Exchange
The Exchange Management Shell in Exchange Server 2007 is so powerful that it's possible to make drastic changes to your entire Exchange organization by issuing a single command. Knowing how to use the EMS parameters WhatIf and ValidateOnly can help Exchange administrators become more comfortable using the Exchange Management Shell. Here, Microsoft Exchange expert Brien Posey explains how to test and preview EMS commands before executing them.

The WhatIf command lets you see a command's actions, without having to perform the command. This prevents administrators from entering the wrong command accidentally.

After entering the command, you would receive a line of output text (Figure 9) similar to the following:

What if: Enabling Anti-Spam Updates on "server1.contoso.com"

Figure 9. The WhatIf parameter shows how a command will behave. (Click on image for enlarged view.)

When you append the WhatIf parameter to a command, the Exchange Management Shell won't display operation results, but will show what the operation looks like in action. In this example, we don't receive confirmation that antispam updates were enabled, but we see what the command would look like while enabling those updates. Additionally, the output begins with What if:, which shows that the command hasn't been executed.

The Exchange Management Console will display every command that works with the WhatIf parameter (Figure 10).

Figure 10. The Exchange Management Shell displays the commands that work with the WhatIf parameter. (Click on image for enlarged view.)

The Exchange Management Shell allows administrators to perform involved actions by entering a single command. However, this can be problematic if you don't know what you're doing. This is where the ValidateOnly parameter can come into play.

The ValidateOnly parameter is suitable in situations in which you're using a complex string of commands that are piped together or one in which the command will take a long time to complete. For example, imagine a situation in which a mailbox store has become too large, so you want to move a subset of users to a different mailbox store.

In this case, the command used to perform the move may or may not be complex, depending on the nature of the move. It fits other criteria as well. If you are moving several mailboxes, then the move will probably take a long time to complete. Making a mistake in this command could wreak havoc on your Exchange organization. A mistake like moving the wrong mailboxes could take several days to complete and would be very disruptive to users.

The stakes are high when moving mailboxes via the Exchange Management Shell. Fortunately, you can use the ValidateOnly parameter to validate the entire process before performing the move. For instance, if I wanted to move a single user named User3 to a mailbox store named Users. The Users store is located on the same server as the store that now holds the mailbox. In this case, you could use the following command to perform the move:

That command works, but it's best to run the command by appending the –ValidateOnly parameter to the end of it. The command should look like:

Exchange Server will display output similar to that in Figure 11. This screen shows that the command's output differs considerably from the output that the WhatIf parameter generates. 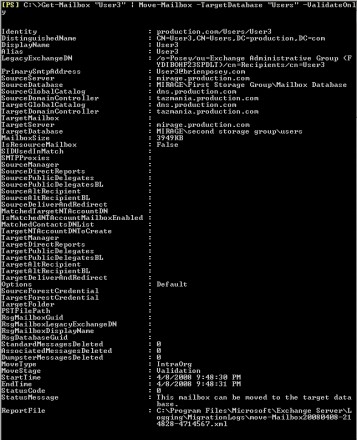 Figure 11. The ValidateOnly parameter lets you view results that a command will generate when executed. (Click on image for enlarged view.)

In this command line, as well as all commands that are compatible with the ValidateOnly parameter, the phrase ValidateOnly is surrounded by asterisks (*). This informs the command that any additional text before or after the words ValidateOnly are acceptable.

Results of this command are shown in Figure 12. Microsoft offers more Get-Help command resources and troubleshooting tips on its website.

Figure 12. The Get-Help *-Mailbox command lists all commands related to the Mailbox commandlet. (Click on image for enlarged view.)