The SMTP commands and codes shown in Part 1 are universal to any mail server that supports SMTP. These commands can be issued manually via Telnet. This section demonstrates some of these commands to demonstrate how SMTP works.

Connecting to the Exchange Server

If you want to send email through a Telnet session, you first must establish a connection to your Exchange server. In this example, I'll use a workstation that is a member of the same domain as my Exchange server.

After logging into the domain, you can establish a Telnet session by opening a command-prompt window and entering:

In this command, server.domain.com is the fully qualified name (FQDN) of your Exchange Server. You can also use the server's IP address instead of the FQDN. The number 25 at the end of the command indicates that you want Telnet to establish the connection over TCP port 25, which is the port that SMTP uses (Figure A). 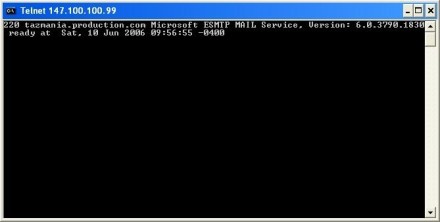 Figure A. The result of issuing a Telnet command.

In Figure A, you can't see the actual command that was typed because Telnet clears the screen after establishing a connection. However, you will notice that the result begins with the number 220. This response code indicates that the SMTP service is ready.

In Figure B, you'll see that you can do the exact same thing using the Hyper Terminal applet included with Windows XP, or you can use a different terminal program.

NOTE: The following figures are displayed in Hyper Terminal for ease of viewing. 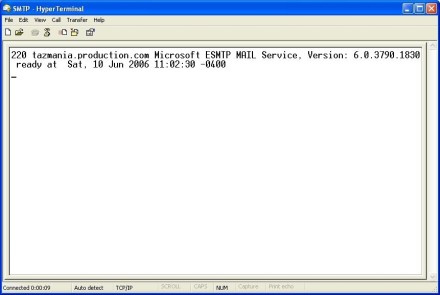 Figure B. Use a Terminal program to issue SMTP commands.

SMTP commands can be issued using the prompt. Any command that can be typed manually at this prompt can also be included in a script. This means that it's possible to create batch files that send an email message after a command is complete, or when certain conditions exist.

SMTP commands are implemented differently on each system. SMTP commands were originally developed for non-Microsoft operating systems, but later were adapted for use with Microsoft.

As noted, the HELO command was used to initiate an SMTP session, and you must provide the host with your IP address as a parameter to this command. The Microsoft implementation will accept the FQDN of the mail server as an alternative. 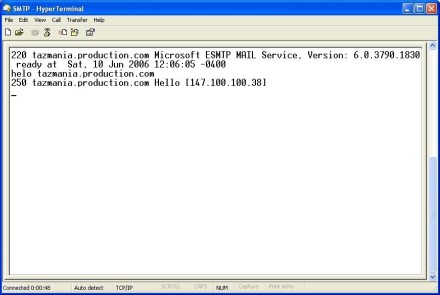 Figure C. Use the HELO command to establish an SMTP session.

The next step to send a message is to issue the MAIL FROM: command, which informs the session who is sending the message. In Figure D, you will see that I have used my IP address as a parameter in this command. 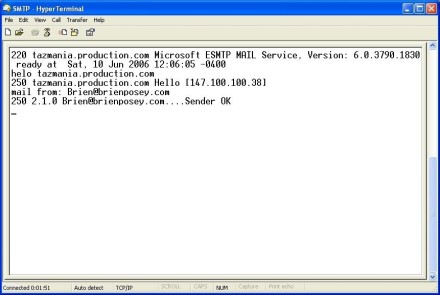 Figure D. The MAIL FROM: command lets you specify the sender.

The next step is to use the RCPT TO: command to specify the message recipient. The server doesn't verify the recipient address. In fact, in Figure E you'll see that the recipient address is listed as [email protected] However, this address doesn't exist, as I chose a non-existent email address. 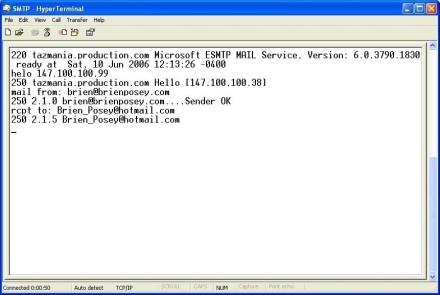 Figure E: Use the RCPT TO: command to specify the message recipient.

In most cases, mail relay is disabled within Exchange Server. This prevents spammers from passing spam through your Exchange server.

If you specify a recipient that exists within an external domain, the message will be rejected if the mail relay is disabled. If you have a user with a legitimate need to manually send SMTP commands to your server, then you should disable mail relay for that user. Never disable mail relay on the SMTP virtual server entirely.

After specifying the sender and the recipient, it's time to compose the message body. To do so, enter the DATA command. In Figure F, you'll see that there are no parameters to this command. I received a response code of 354, which means that it is OK to transmit a message. The response also indicates that the message must be terminated by 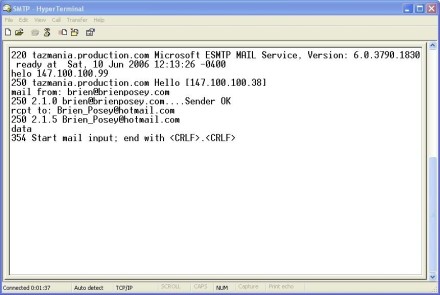 Figure F. The DATA command indicates the start of the message body.

The first thing that you'll want to enter into the message body is the subject. To do this: 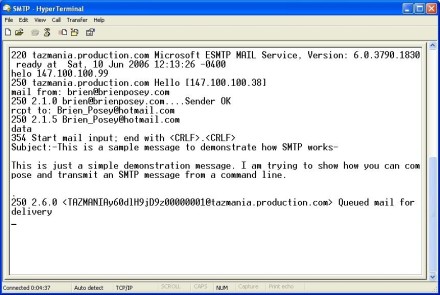 Figure H. Place a period (.) on the blank line after the message to queue it for delivery.

The mail server sends the 250 response code, indicating that the command is complete. A message following the code indicates that the message has been queued for delivery. 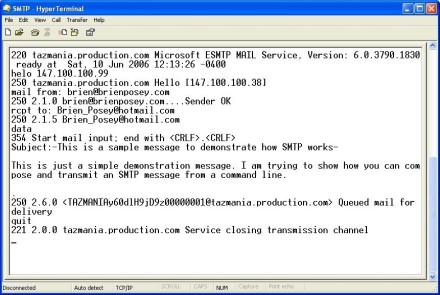 Figure I. The QUIT command is used to terminate the session.

When the command completes, you should see a response code of 221, which indicates that SMTP is closing the transmission channel. You will also see a confirmation text message. 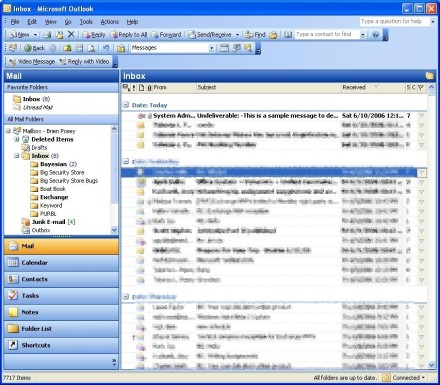 TUTORIAL: A PRIMER ON SMTP AND ESMTP SERVERS AND COMMANDS

Part 2: How to perform a Telnet SMTP session for Exchange Server 2003