No doubt some of you are thinking: What the heck is a Majority Node Set quorum with File Share Witness? We can understand why; this is a completely new type of quorum model that is made available by installing the update (MS KB article 921181) mentioned in the beginning of this chapter section. The update makes it possible to use a file share witness that is external to the cluster as an additional "vote" to determine the status of the cluster in a two-node MNS quorum cluster deployment, which is a requirement for using the CCR functionality in Exchange Server 2007.

The first thing you need to do is to create the file share on the Hub Transport server. You can do this either via the CLI or by using the GUI. In this example we'll use the GUI: 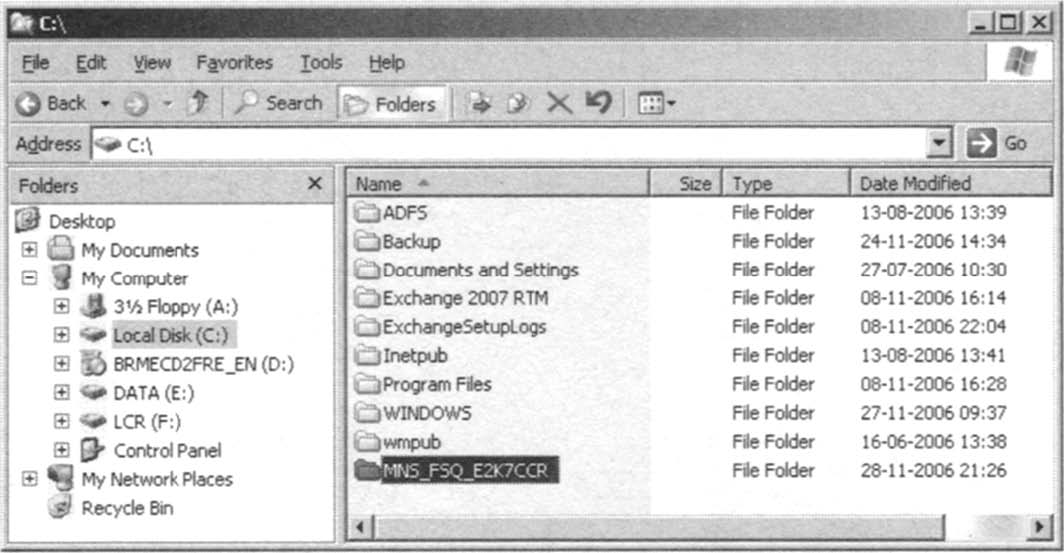 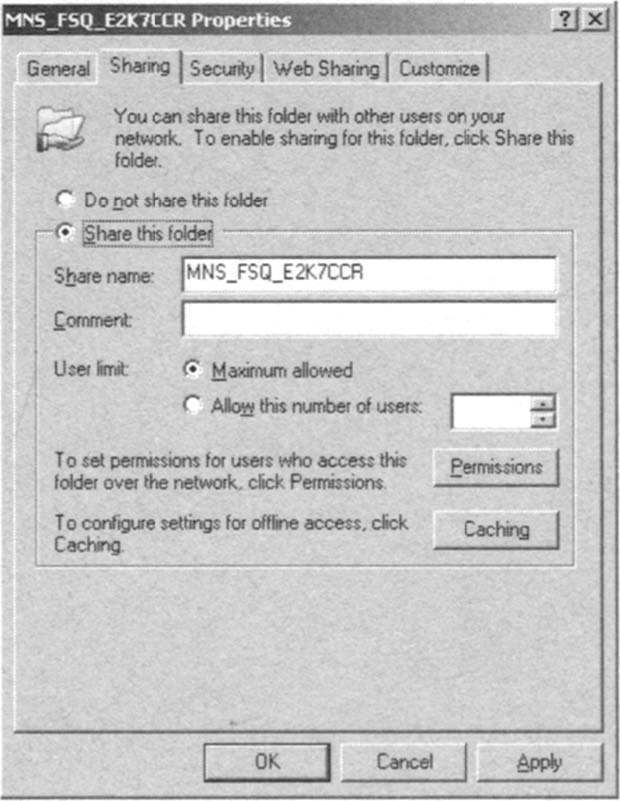 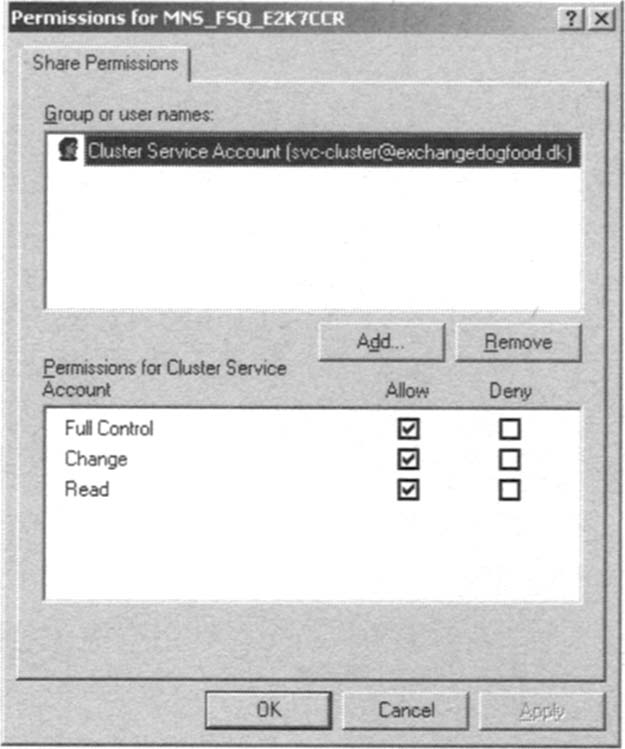 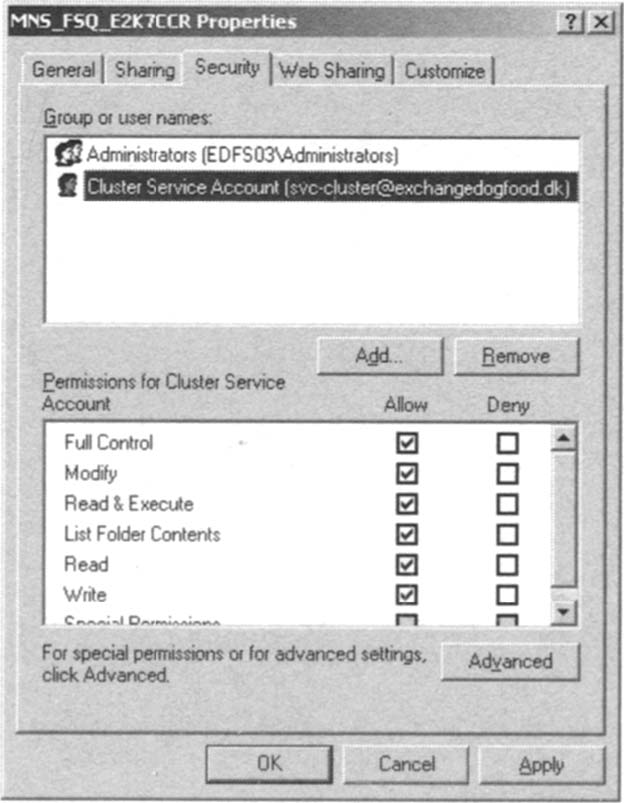 You will get a warning that all properties were stored but not all changes will take effect until the next time the resource is brought online, .just as is shown in Figure 8.62.

Figure 8.63 Moving the Cluster Group from One Node to the Other. (Click on image for enlarged view.)

As you can see in Figure 8.64, this property has been set correctly for the purposes of our example.

Figure 8.64 Verifying That the Property of /Priv Is Set Correctly. (Click on image for enlarged view.)

When deploying a CCR-based cluster in your environment, an important step is to enable the Transport Dumpster on the Hub Transport server.

The Transport Dumpster is enabled by default; you can see the default configured settings by running the Get-TransportConfig CMDlet.

To see the MaxDumpsterSizePerStorageGroup and MaxDumpsterTime configuration settings, you can type Get-TransportConfig, as shown in Figure 8.65.