Because OWA is a Web interface to an Exchange Server backend, making cosmetic changes beyond editing or replacing...

I'll demonstrate how to modify cascading style sheets to change the color of various OWA components. But when you modify a cascading style sheet, you can't enter a color by its name (red, blue, etc.). Colors are entered in six-digit hexadecimal formats, the values of which correspond to RGB values.

While this sounds complicated, you won't need to perform any mathematical calculations to determine the correct hexadecimal string for a particular color. You will, however, need to use an RGB color conversion chart. As you can see in Figure 7, this chart matches RGB hex values with various color samples, and can contain color codes for thousands of colors. 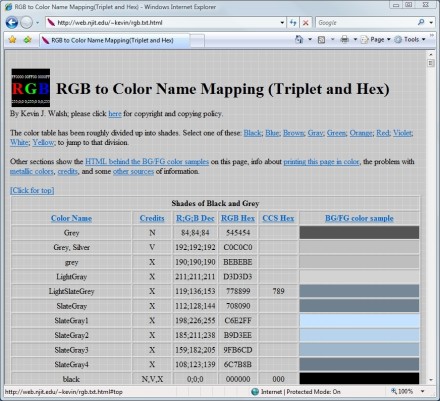 Figure 7. You can get the code for a particular color from the chart's RGB Hex column. (Click on image for enlarged view.)

Figure 8 shows the current OWA interface, which still has the custom header bar that was created in Part 1. It's important to note two things in this figure: 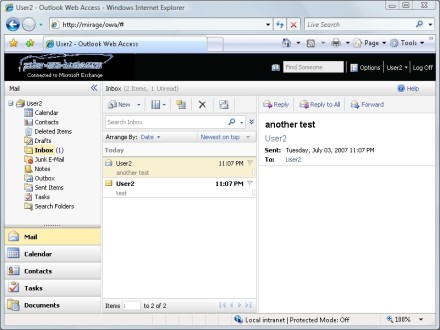 Figure 8. The OWA profile controls background colors of the Mail tab and the selected messages. (Click on image for enlarged view.) 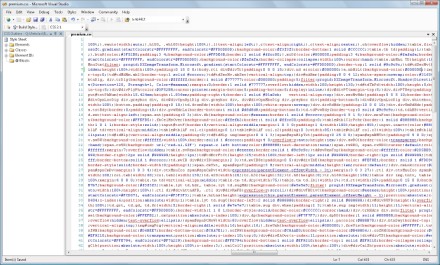 Figure 9. An example of the Premium.css file. (Click on image for enlarged view.)

Regardless of the editor you use, modifying this file requires just a few substitutions. For example, the color of the Mail tab is controlled by the following block of code. Line breaks were inserted to make it easier to read.

FFEFB2 produces a yellow color. If you want to change this color, use the text editor's search feature to locate this block of code and replace it with a color you want from the color chart. For example, using the code B0E2FF would change the mail tab's background to light blue (Figure 10). 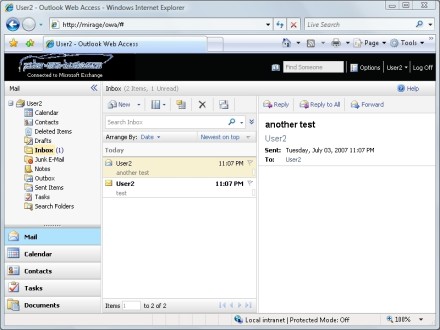 Figure 10. The Mail tab's yellow color was replaced with blue. (Click on image for enlarged view.)

You can use the same method to change the primary and secondary colors used to display a selected message. The default code for the primary selection color is:

If you want to change these colors, search on these strings and enter the color code that you want, instead of the default colors. The Premium.css file can also be used to customize several aspects of the OWA interface. Be sure to make a backup copy of the original Premium.css file, so that no valuable information is lost when experimenting with various color combinations.

Many companies are also interested in changing the OWA sign-on screen. Often, companies redesign this screen so that it displays their corporate logo and a legal statement regarding the use of the system. Figure 11 shows the default OWA sign-on screen in Exchange Server 2007. Figure 12 shows an adaptation of this screen that one company uses on its employees' systems. 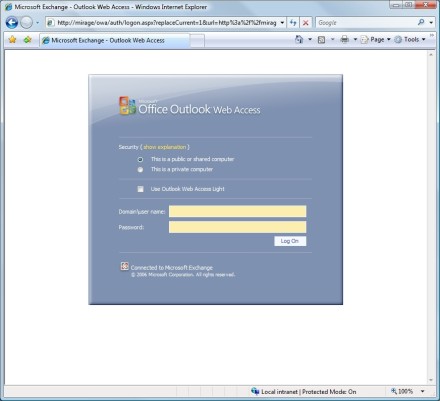 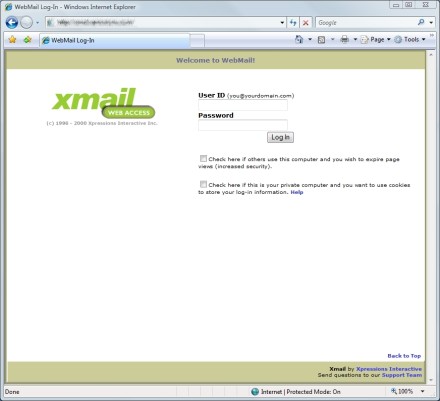 Figure 12. Example of how the OWA sign-on screen can be adapted. (Click on image for enlarged view.)

It's important to note that a Web developer created the screen shown in Figure 12. You cannot create a sign-on screen that's different from the default screen without doing some coding. If you know ASP coding, you can find the source code for the logon screen in the server's Program FilesMicrosoftExchange ServerClientAccessOwaauth folder. The source code is contained within the LOGON.ASPX file.

Figure 13 shows a sign-on screen in which I have re-colored each graphical element a different color on the OWA sign-on screen. All individual image files can be found in the base profile directory. 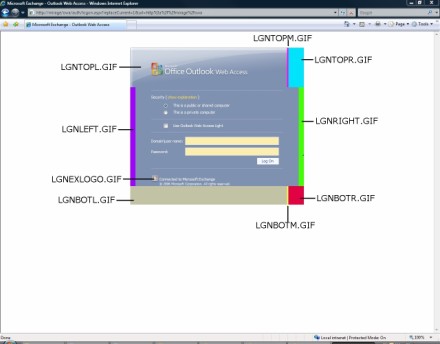 Re-coloring image files is straightforward. If you want to add your own corporate logo onto this screen, it's easiest to use a graphic editor such as Photoshop to add your logo to the LGTOPL.GIF file. This is the file that currently displays the Microsoft Exchange logo at the top of the OWA sign-on screen. If you want to conceal that Exchange Server is being used, you might also color over or replace the Exchange logo located in the LGNEXLOGO.GIF file.

The LOGON.CSS file controls all other colors on the OWA sign-on sheet. Following are some elements that you can customize on this screen:

Table 1. Elements that can be customized on the OWA sign-on screen.

Adding a short legal disclaimer to this page can require a great deal of work. Because OWA has been localized for use with different languages, you can't modify the existing text by editing the LOGON.ASPX or LOGON.CSS files. The only way to modify the text in the OWA sign-on screen, or another location in OWA, is to modify the Microsoft.Exchange.Client.Strings.resources.dll file, found in the Program FilesMicrosoftExchange ServerClientAccessOWABinen folder. Figure 14 shows some of the text that OWA's sign-on screen uses. 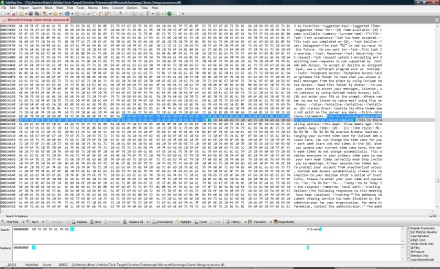 Figure 14. Most text that OWA uses is stored within a DLL file. (Click on image for enlarged view.)

Using a binary file editor to modify a DLL file is very dangerous. If you make even a minor mistake, you can destroy or invalidate the DLL. Therefore, I recommend modifying the LOGON.ASPX file instead. 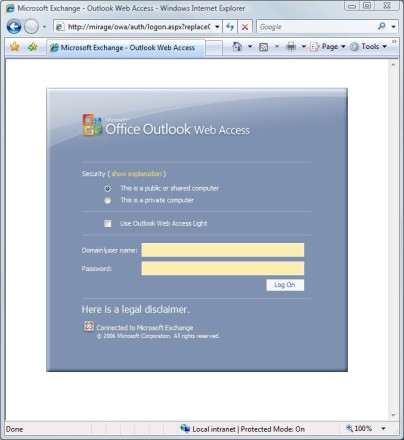 Figure 15. Add a legal disclaimer to the OWA sign-on screen. (Click on image for enlarged view.) 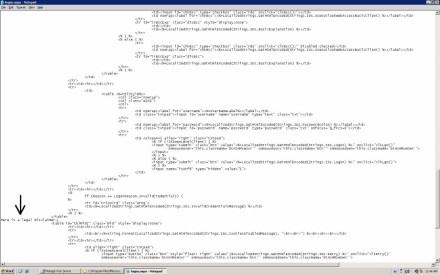 Part 1: Modifying the look of OWA in Exchange Server 2007

Part 3: How to handle file attachment access in OWA